Gurus of inspiration and the fight for independence 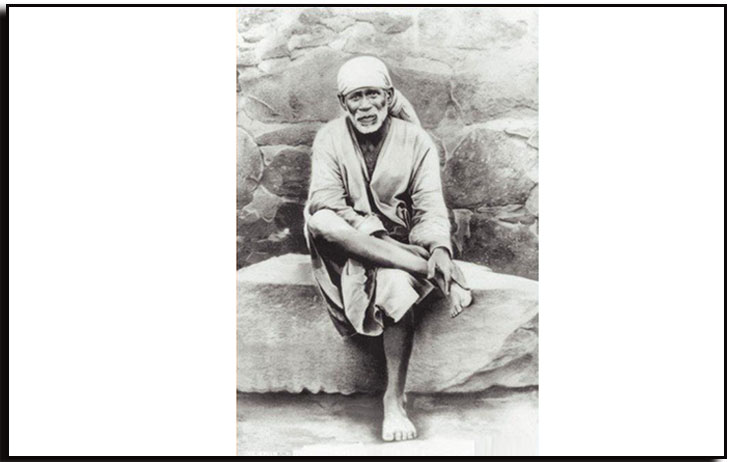 As India and Pakistan’s Independence Days approach, a spritual activist reflects on the role of gurus in the independence movement, and the need for their guidance in the struggle for peace today

Guru Poornima is a time to pay homage to one’s spiritual and academic teachers – one’s gurus. This year, Guru Poornima fell on Friday, July 31 – an annual event that is celebrated on the full moon day, Purnima, in the month of Ashadh of the Hindu calendar. Reflecting on this day while appealing to people to collectively pray for peace between India and Pakistan wherever they may be on Aug 14 and 15, I was reminded of the role that gurus have played in the sub-continent’s independence movement.

The fakir and spiritual guru from Maharashtra, Shirdi Sai Baba (1835-1918) was revered by Hindus and Muslims alike.  He proved that being in an enlightened state was not limited to any one faith but rather about an individual’s capacity to fight injustice. His renowned pilgrimage site is in Shirdi, about five hours by road from Mumbai.

Lokmanya Tilak (1856-1920), who founded the Indian Home Rule League for India’s independence from British rule, prayed to Sridi Sai Baba for this goal, knowing that an elevated guru helps make a wish come true because of his immense surrender towards universal consciousness. Lokmanya Tilak also worked with Jinnah for Hindu-Muslim unity through the Lucknow Pact.

Swami Vivekanand: unity in diversity and the need for compassion

Pandit Sri Ram Acharya: ‘Hum badlenge. Yug badlega’ (when we change, so will the times)

Another guru who inspired many independence leaders was Swami Vivekanand (1863-1902) in Calcutta. Lokmanya Tilak called him a man who put spiritual knowledge into practice. Like his guru Ramkrishna Paramhamsa before him, Vivekanand emphasized the value of unity in diversity and the need for compassion in the face of an immensely fragmented India of that time. For until there was unity, India could not hope to become free from colonial rule.

Mahatama Gandhi’s spiritual guru Shrimad Rajchandra (1867-1901), who inspired and guided him to follow the path of non-violence and truth, was from Morbi, Gujarat and was strongly rooted in the Jain tradition. His legacy of collective struggle through non-violent and peaceful means inspired change not just in India but in the United States with the civil rights movement led by Martin Luther King Jr., and Nelson Mandela’s anti-apartheid movement in South Africa.

Another guru known for his steadfast efforts for social reform and independence, Pandit Sri Ram Acharya (1911-1990) was from near Agra. He was 12 years old when he created Bal Sena, a children’s army, to oppose British rule. The spiritual sect he founded is called the Gaayatri Pariwar, named after Gaayatri devi, the goddess of energy. He coined the slogan, ‘Hum badlenge. Yug badlega’ (when we change, so will the times). Though a spiritual saint, amongst many things, he also wrote articles for the freedom movement in newspapers. The British colonists sent Pandit Sri Ram Acharya to jail several times for his activities.

Shrimad Rajchandra: the path of non-violence and truth

With August 15 for a birthday, the western educated Sri Aurobindo (1872-1950) was into an affluent Bengali family. Educated in England, he returned to India as a highly radical revolutionary. After his return, he initially lived in Baroda, Gujarat. After being jailed by the British, he had some deep spiritual epiphanies and underwent spiritual experiences that led him to conclude that he had a greater need to meditate so intensely so that an enabling aura could develop to produce more leaders and support those in the freedom struggle. He moved down south to Pondicherry where he later founded an ashram that is still active today.

Truly, these were gurus of great inspiration. This Guru Poornima, I prayed that we too continue this legacy for peace in our prayers on Aug 14 and 15.

Swati Sharan is a Canada-based freelancer and the publisher and co-writer of ‘Hello Gujarat: An English Edition of Gujarati Achievers’. For more info on Celebrate Days for Peace, email [email protected]

Countering misperceptions and stereotypes Hope for Geeta, hope for humanity