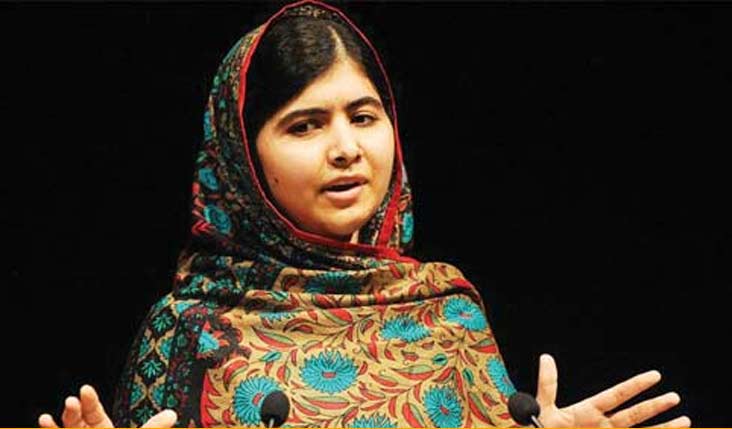 Malala Yousufzai: "i want both countries to have dialouge , to have talk about peace"

Speaking at the Birmingham Library after school last Friday, the youngest ever Nobel Laureate, Pakistan’s 17-year old Malala Yousafzai said she was “really happy” to be sharing the award with Indian activist Kailash Satyarthi, 60.

The Nobel Committee announced that it was awarding the Peace prize to Kailash Satyarthi and Malala Yousafzai “for their struggle against the suppression of children and young people and for the right of all children to education.”

Kailash Satyarthi: :Join hands to establishe peace for our subcontient”

“His great work for child’s rights and against child slavery totally inspires me,” said Yousufzai talking about her co-awardee. “I’m really happy there are so many people working for children’s rights and I’m not alone. He totally deserves this award and I’m really honoured that I’m sharing this award with him.

Earlier, from the New Delhi office of his organization, Bachpan Bachao Andolan, or Save the Childhood Movement, Satyarthi said he hoped to work with Yousufzai for peace. He said he would invite her “to join hands to establish peace for our subcontinent, which is a must for children, which is a must for every Indian, for every Pakistani, for every citizen of the world.”

Yousufzai said they had spoken by telephone and would work towards building “strong relationships” between India and Pakistan.

“The tension that is going on is really disappointing and I’m really sad because I want both countries to have dialogue, to have talks about peace… rather than fighting with each other,” she said.

The joint award to a Pakistani and an Indian was announced at a time when bullets across the Line of Control in Kashmir have taken many precious lives, as both India and Pakistan violate the 2003 ceasefire agreement.

“We are the two Nobel award receivers – one is from Pakistan, one is from India. One believes in Hinduism, one strongly believes in Islam,” said Yousufzai. “It is a message to people. A message to people of love between Pakistan and India and between different religions. And we both support each other. It does not matter the colour of your skin, what language you speak, what religion you believe in.

The two Nobel Peace Prize awardees have said that they will request the leaders of India and Pakistan to attend the peace prize ceremony in December.

Many have hailed the maturity of vision and commitment to the cause not just of education but also peace, particularly between India and Pakistan, evident in her words.

Malala thanked her family for their love and support, and especially her father, for “not clipping my wings, for letting me fly and achieve my goals. For showing to the world that a girl is not supposed to be the slave. A girl has the power to go forward in her life.”

She said that the award was “not the end” but “really the beginning” of her campaign. “I want to see every child going to school. There are still 57 million children who have not received education.”

"I feel if music is honest and made with integrity, it has the power to touch and heal hearts." Briefs