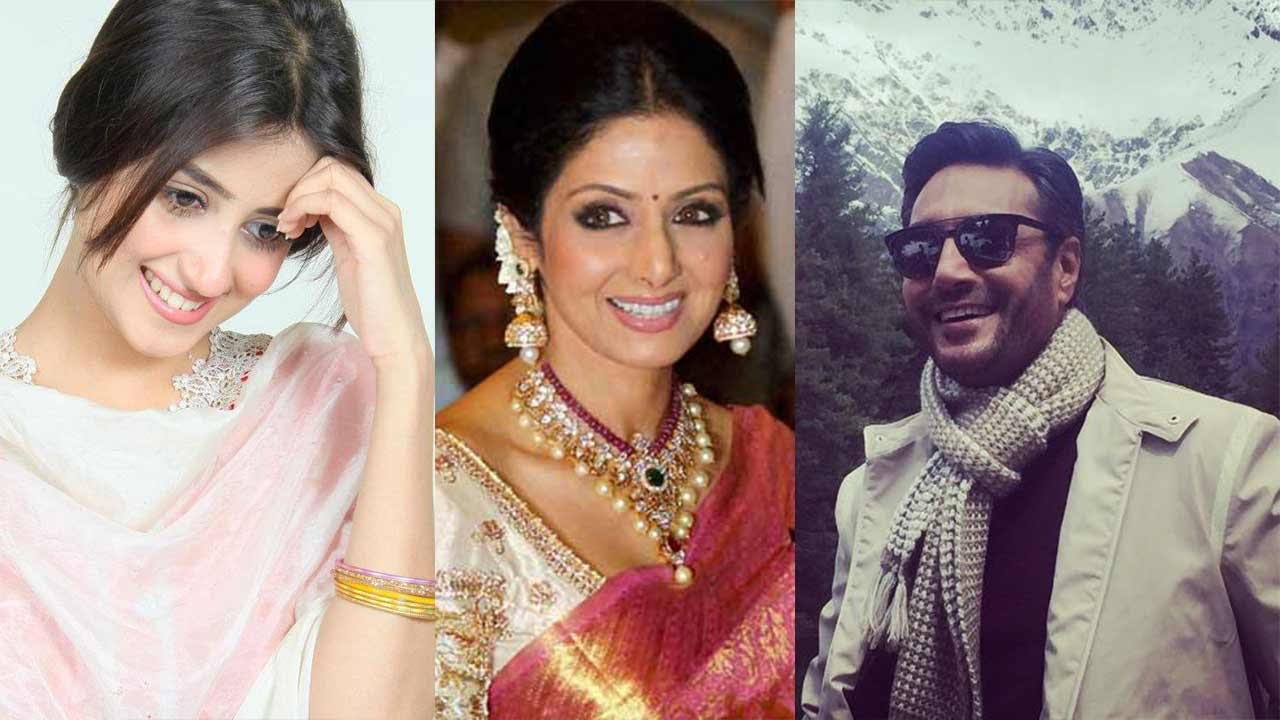 In July 2017, Sridevi recorded an emotional and loving video message to the Pakistani actors Adnan Siddiqui and Sajal Ali who debuted in her film ‘Mom’ but were unable to attend the premier of the movie in India due to political tensions between India and Pakistan. Starting her message with a graceful ‘Salamailakum’, she broke down during the recording saying how much she loves and misses them.

“Sridevi’s demise has not affected me alone; it has caused a collective grief. She celebrated life in her performances and we forever celebrate her”, said Adnan Siddiqui, who plays Sridevi’s husband in the film. “She will never be forgotten, no matter what. For us, living in Pakistan, she was a heroine who ruled the screen like a queen. She was as loved in Pakistan as she was in India”.

Commenting that among Pakistanis, it was he and Sajal who knew Sridevi and the family well because of having worked with her, he said, “It’s such a mixed feeling for me. I feel honoured that I shared the screen with her in her last film. At the same time, I’m sad that she is no more”.

In a tragic irony, Sajal who plays Sridevi’s daughter in Mom, lost her own mother during the filming. Siddiqui recalls how Sridevi had tried to console her saying: “I’m like your mother”.

“During the shoot, she took care of Sajal like her baby. Today, I’m saddened for her daughters, Janhvi and Khushi. Sridevi was excited about Janhvi’s debut and putting in a lot of effort to support her”, said Siddiqui.

Siddiqui said that when he met Boney Kapoor, Sridevi’s husband, he “was crying like a baby. The entire nation must be so sad. So are people in Pakistan

Condolence messages have been pouring in from Pakistan, America, the UK and around the world.

The late actor provided great support to her Pakistani guests in India, says Siddiqui. “Both she and her husband were great hosts. When I first got introduced to her, she stood up from her seat. In spite of being a legend who was doing her 300th movie, she was very humble”.

When Siddiqui landed at 12 midnight in Dubai for the wedding of Mohit Marwah (nephew of Boney Kapoor and Sridevi), he thought it would be too late to attend that evening. But when he called Boney Kapoor, Sridevi’s husband insisted, reminding him that Sridevi had not met him since the release of Mom, and was waiting for him.

He recalls how warmly she greeted him and introduced him to her family, while saying, ‘Itni der kardi aapne aane mein’ (You are so late).

“Those words are still ringing my mind. Maybe that was her last goodbye”, said Siddiqui.

“I would really want to visit India for her funeral. But the unfortunate scenario between the two nations would not let us share the sorrow with each other, forget about happiness”.