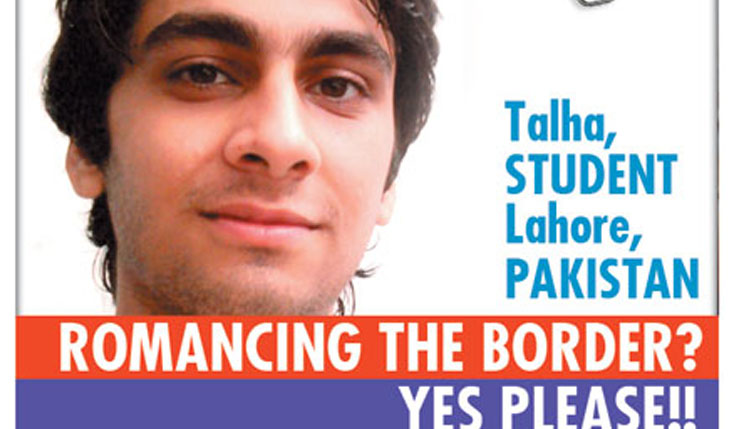 ‘True victory for both nations lies somewhere else’

” The greatest enemy of knowledge is not ignorance; it is the illusion of knowledge.” – Stephen Hawking. I can testify to the veracity of this statement, having lived for a long time under the illusion that I knew India and its people. As the bubble of illusion gradually sank beneath my feet I began to see the world from my own eyes. Today, I tell you my story, with the hope that more of my compatriots join me and step forward for a better, peaceful world.
My instinctive response when someone utters the word ‘India’ is that of a ‘Shaktiman’ wearing the Indian cricket team shirt carrying a cricket bat, hitting out everything that comes in its way – we all know what Virat Kohli did to Pakistan in the Asia Cup. Sadly, my image of India was not always so. Once upon a time, I was also a victim of the India-Pakistan rivalry fever. The most evident symptom of this fever is the slogan ‘yeh khel nahin yeh jang hai’, heard on both sides of border when India and Pakistan meet each other on cricket field. I grew up when the world was changing in the post-9/11 era. Muslims all over the world were to revisit their ideologies, and understand them better. As I entered adolescence and began to form views independent of the media and textbooks, my ideas of ‘India-Pakistan enmity’ started eroding. I understood that religion and patriotism are better when utilised as breeding grounds for love, tolerance and freedom, rather than nurseries for hatred and enmity.

These attributes of love, tolerance and freedom form the essence of Islam like all great religions. Unfortunately, venom has been fed into the minds and hearts of people over the last 60 years, which is not what our founding fathers wanted.

There is no denying that pressing issues like Kashmir and the water issue stand between the two states, but the solution of these issues lies in the hands of the governments on both sides. All that lies in the hands of the people is to love and to spread love. There is no lock without a key, and I believe the key to the lock between India and Pakistan is greater understanding and trust between the people on both sides of the border.

A better world – where nobody dies in war, and where governments work to sow seeds of love, rather than to protect their egos, is what we all want. If we want to achieve such a world, we must step forward and spread love. As distant as this objective seems practically, it may be in our reach as people step forward and adopt this mantra of ‘love, tolerance and freedom’.

I will still watch India vs Pakistan cricket with the same passion and patriotism; I will still celebrate with jubilance if Pakistan wins and I will still cry in the corner if Pakistan loses. I will, however, always remember that the true victory for both nations lies somewhere else: when we are able to defeat the hatred and distrust between each other with love and understanding.