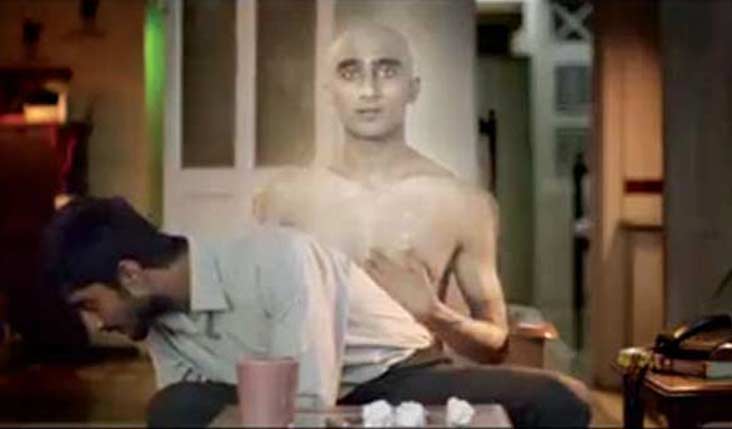 A ‘velfie’ movement is sweeping social media as Indians and Pakistanis share video messages for peace. Are the politicians listening?

A three-minute film urging people to converse with each other to break animosity has gone viral. And so has the hashtag #DearNeighbour and ‘velfies’ – video selfies – shared by Indians and Pakistanis with goodwill messages for each other, expressing love, friendship and the desire to visit each other’s countries.

It started with a video titled ‘Pause’ created by Ram Subramanian of the Handloom Picture Company, shared on November 5 by The Logical Indian, an online community that aims to highlight social issues that are sidelined by the traditional media.

In the video, a young man sits writing a letter to “Iqbal Bhai”. As he starts to read it out, the rising din of outside noises and slogans nearly drowns out his voice and he falters and drops his pen. As he bends down to pick it up, his movement becomes extreme slow motion, while his inner self remains seated.

In the hush that follows as the man continues his slow movement to pick up the pen, the seated figure continues talking. “When it’s really quiet inside me I can hear you as well as I can hear myself”.
We need to “pause” to see who we truly are – a reflection of each other. “And if you do pause to think and write back, every word of yours will help in breaking a very old brick in a very old wall,” he says, signing off “Your friend, DearNeighbour”.

His words struck a chord across the border. Seventeen-year old Khadija Akhtar in Karachi was so moved by the video that she spontaneously recorded a short message, barely 30 seconds long, and shared it.

Addressing “DearNeighbour” and starting with a salam, she asserts that this “thick wall of hatred is not going to last longer than the time we realize we are not each other’s enemy just because someone said so.”

“There little bit of you left in me and the little bit of me left in you. And this little bit is forever going to light the hope for peace,” she adds, signing off with “regards, A Logical Pakistani”.

The exchange encouraged others to join in and create their own ‘velfies’ that The Logical Indian featured on its popular Facebook Page.

Then Khadija Akhtar and Vikash Rathi from Pakistan contacted Ram Subramanian and suggested starting a page for DearNeighbour, and getting people who share their videos to nominate two friends to do the same – a “DearNeighbour Peace Challenge” along the lines of the ALS ice-bucket challenge.

The new page on Facebook is DearNeighbour Movement: “We believe that if we speak with each other (through videos) in an honest way then maybe one day we will stop looking at each other as enemies. It’s a big dream but we believe this is a possibility.

“We are not an organization… just few people who connected trying to show the world that peace is possible if we connect with each other at a human level”.

Their mission: “To make every Indian and Pakistani feel only love, respect and friendship for each other.”

The Peace Challenge is generating an enthusiastic response on both sides of the border, with participants ranging from children to young people to the elderly.

Meanwhile, Zee Zindagi channel’s broadcast of Pakistani television serials is also having a huge impact, with the characters in the serials doing much to “humanise” Pakistan for the Indian audiences, as one journalist put it.

In the end, that is what it boils down to: seeing each other as human beings first, regardless of religion, nationality or any other consideration.

Are the governments listening?

"Crazy" maybe... but oh so sweet Your enemy is my enemy