‘There is no love during India-Pakistan matches’ 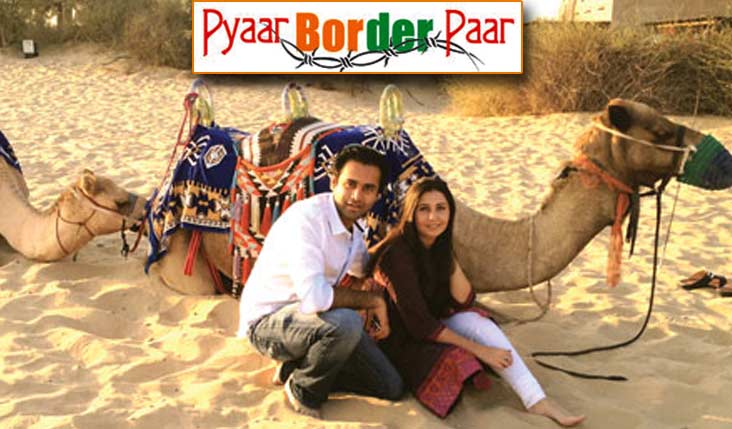 Sharmine and Mutaqeen’s romance sparked at college in Toronto, where they currently live. After a three-year romance, they got married in Islamabad followed by a walima in Pune. That was four years ago. The couple recently welcomed their first child, a baby boy.

Sharmine, passionate about children, grew up in Islamabad in a Pathan family. After graduating from the University of Toronto she taught in Pakistan before undergoing Montessori training in Canada. She volunteers at a school for autistic children and sponsors a young Nepali girl.

Mutaqeen was born in Pune to a Bohri family and grew up in Jeddah. He studied at the United World College, Singapore, and then at the University of Toronto. He launched a food commodities company in line with his family’s business, followed by an award-winning plastics recycling factory, Plastica Industries. He hopes to open similar recycling plants in Pakistan and India.

Sharmine: We first met at university. To be honest, I wasn’t looking for anyone to marry. It was a thought I had put on hold until I returned to my country. Plus I always thought I would marry a Pakistani Pathan boy. However, God had other things planned for me. Mutaqeen’s belief in us broadened all horizons.

Mutaqeen: I was enamoured by Sharmine when I met her and the rest is history. There was really no courtship. Honestly, I just saw her and I knew that she was the one, and that she was perfect for me. It was like everything suddenly fell into place.

Sharmine: I thought my grandfather, a renowned politician, would have an issue. But he was obviously more forward thinking than I’d assumed and gave his blessings immediately. Mutaqeen felt right at home on the very first day. During our wedding, I didn’t get my Indian visa till the last week. My mother-in-law was so stressed out. She kept saying, “All the cards have gone out, everything is booked, and the bride still doesn’t have her visa!” It was a cliffhanger situation!

Sharmine: Whe the agent who does background checks for Indians entering Pakistan came over for a routine check up, he was extremely perturbed. He asked my mother why she was giving my hand in marriage to an Indian and if she had found no suitable Pakistanis.

Mutaqeen: Anyone who met Sharmine knew that I would be a fool to give her up for something as trivial as cultural differences. So no one asked me any questions.

Sharmine: I’ve picked up a lot of words, especially the word ‘only’ since Indians tend to use this word a lot. Despite my denial, I am pretty sure I say it just as much now!

Mutaqeen: I use a lot of Urdu and Pashto words now.

Sharmine: Here’s where the fairytale ends! There is no love during an India-Pakistan match. When Pakistan lost to India during the World Cup finals, I went into mournful silence for the next few days.

Mutaqeen: India all the way! It’s great when both teams play against each other, as Sharmine supports Pakistan very patriotically, and it’s always a lot of fun. During the game, I must say the atmosphere is tense, but at the end no matter who wins or loses, we are happy for the winning team.

Laaleen is an Islamabad based media specialist and international correspondent.
She tweets @laaleen. Email: [email protected].
This article has been adapted from her series ‘When Hari Met Saleeha’ in Libas International, 2013