“Through this book, I am doing my bit to restore peace and love between the two countries” – author Rashmi Trividi 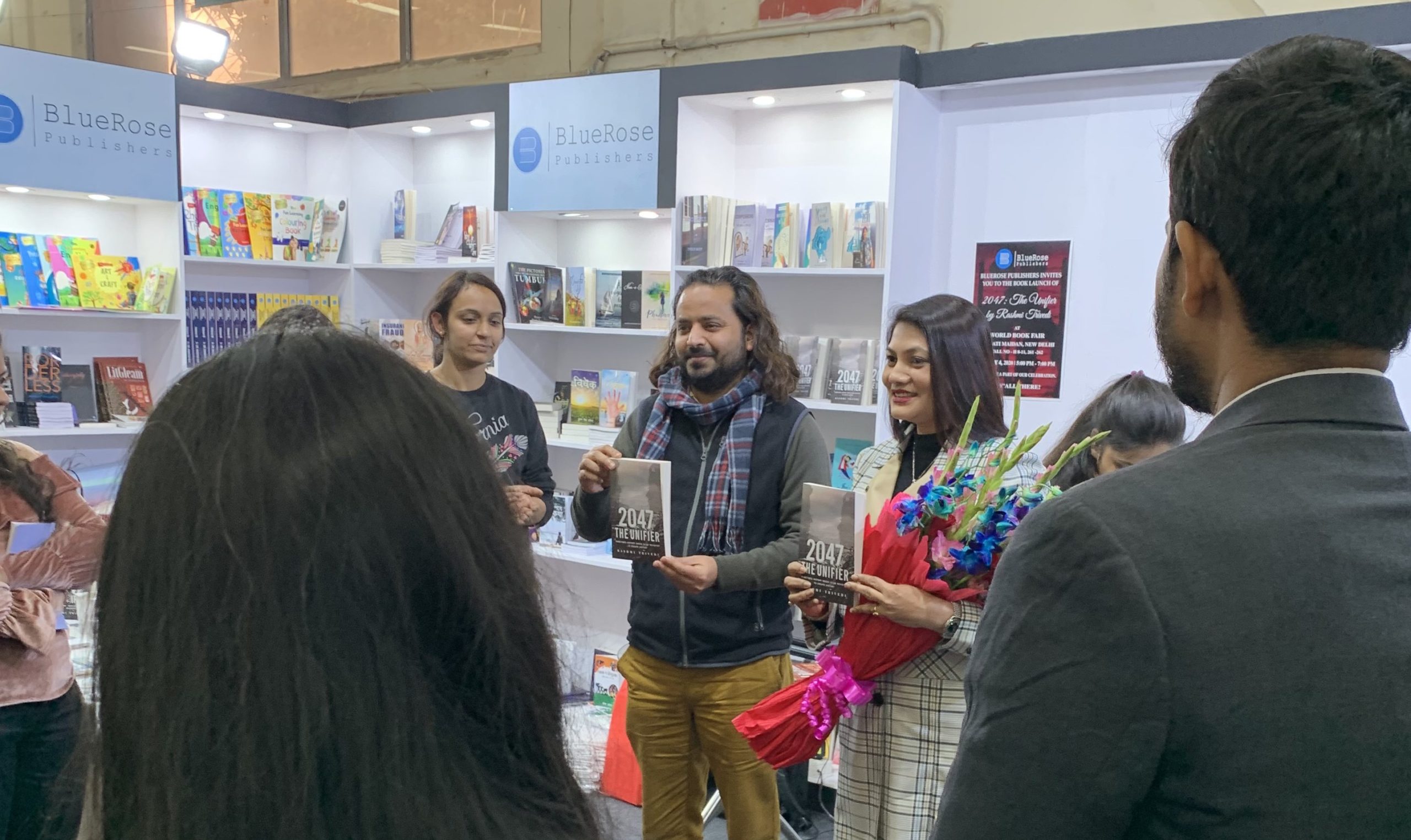 Launch of Unifier, with chief guest Ravi Nitesh, founder of Aghaaz-e-Dosti. “In life we find likeminded people to walk along with us”

The recently launched political-romantic thriller 2047: The Unifier has an underlying message about love and peace between India and Pakistan.

“Love”, says author Rashmi Trivedi, “is the biggest Unifier is the message I want to give through this book”.

Based in the future, the fictional story unfolds in 2047, with elements of “politics, drama, love, crime, thrill and suspense”, she says in an email to Aman Ki Asha. “The novel promises to take the reader through a plethora of emotions and leave them with much to think about”.

The protagonist, Karan, an Indian boy in love with a Pakistani girl, takes on the impossible task of uniting their two countries on the 100th year of partition.

To the question of what got her interested in the idea of peace between India and Pakistan, Trivedi says categorically that she has always been “against war, whatever the provocation. No one ever wins a war. If at all there is a winner, it’s death and destruction”.

“With this philosophy as a poet and writer I write for peace and unity. Through this book, I am doing my bit to restore peace and love between the two countries”.

She agrees that rather than ‘reunification’ that tends to excite rightwing elements on both sides, there needs to be a push for ease of tourism, trade, travel, people-to-people meetings, youth and student exchanges, and for a South Asian Union that would enable such exchanges.

“However, this is a work of fiction and to weave a story one has to grab readers attention. The message in this book is clear and it’s a call for love and peace. The protagonist knows that what he dreams might never be possible, but it will at least make people talk of love and peace between the countries.

“The second message is that if we want better relations, the unifier has to come from the masses”.

She quotes from the book’s last paragraph: “The Unifier that unites nations cannot come from politics. It should be in the hearts of people. Love can be the only Unifier. Love should unite humankind, irrespective of care, country or religion”.

This is the writer’s fourth book, launched in January at the World Book Fair, with an earlier event in December at the India Habitat Centre. She has kept the price has been kept nominal, in order to increase reach. The Amazon link for the book is Bit.ly/theunifier

Earlier books to her credit include From Ashes to Dreams, a motivational romantic fiction published August 2018 (Amazon #2 bestseller) inspiring readers to put life above all relationships; Handful of Sunshine Pocketful of Rain, a poetry collection published December 2017; and Woman, Everything Will Be Fine, a humorous memoir of an Indian working woman and her trials, tribulations and triumph, published August 2016, an Amazon bestseller

By profession a senior manager in an Indian oil corporation, Trivedi has a BSc and MBA. Her lyrics for the theme song of the Subrato Cup International football tournament led to senior officers of the Indian Air force felicitating her at the closing ceremony of the event. She was also a speaker at the World Book Fair in Delhi 2019 and January 2020. Her poems and articles have been published in various online portals, magazines and newspapers.

Mubashir Hasan: Warrior for democracy in Pakistan, peace with India Detained fisherfolk: Denial of consular access is denial of justice