Time for a new beginning? 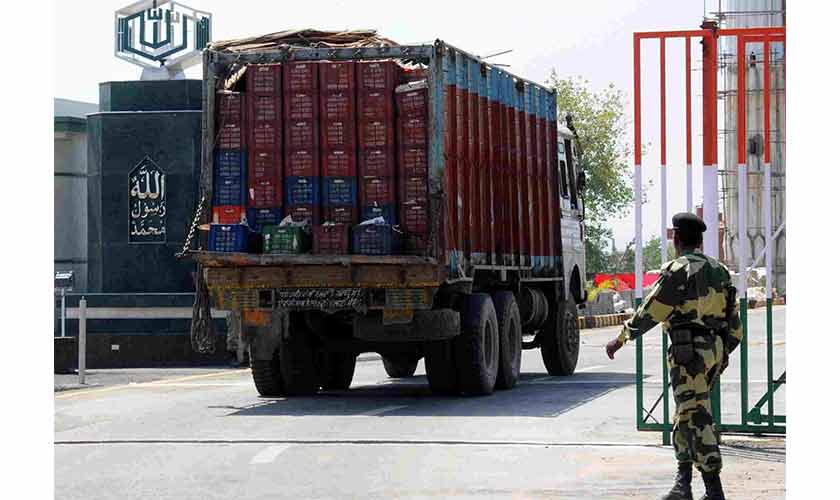 In order to achieve high economic growth, India and Pakistan have to work towards economic interdependence

Now that Pakistan has appointed a trade minister in its high commission in New Delhi after a gap of five years, the spotlight is back on reviving bilateral trade.

Can this be a new dawn for India-Pakistan trade?

A new beginning in trade relations has huge potential for both the nations as well as for the sub-continent, which is currently reeling under high inflation, food shortages and an energy crisis. A disentanglement of trade from politics can be the basis of cooperative ties between the two neighbours which would make way for socio-economic upliftment of the people in the entire sub-continent.

The economic shutdown between the two nations has not just impacted them but the whole South Asian region. The South Asian Association for Regional Cooperation (SAARC) and the South Asia Free Trade Agreement (SAFTA) are just two of the many multilateral groupings that have been a dead letter and dysfunctional since diplomatic fallout between the two.

India says it gives primacy to its ‘neighbourhood first’ policy to maintain peace, promote democratic principles and address shared economic issues by allowing smooth flow of goods and services across borders. For instance, it has opened up border haats with Bangladesh. Such cooperation can lead to manufacturing zones shared between the two countries. In such zones investors and workers from both countries can work without going through border controls.

Reviving trade relations between Pakistan and India will help stabilise the economies and control inflation. The sooner the trade relations are restored, the two countries can enter into a dialogue to promote mutually beneficial supply chains that can help both become more competitive in the global market. It is in the larger interest of South Asian region that these two countries resume trade relations.

The World Bank (WB), in its report titled Glass Half Full: Promise of Regional Trade in South Asia, suggested that if non-tariff barriers are removed between India and Pakistan, the trade could go up to $37 billion. Even if this sounds overestimated or ambitious, the two can try to work out to achieve a fraction of it given their similar vision of becoming rising manufacturing hubs.

The bilateral trade had reached its highest level in 2013-14, $2.7 billion. The figure is not impressive or encouraging when compared with similar border regions like India-China where the volume of was $65.49 billion in 2013. Today, in spite of the conflicts, bilateral trade between India and China stands at $125.70 billion. India has a large trade deficit with China but makes it up with investment flows. Pakistan too has a large trade deficit with China.

Despite the diplomatic impasse, informal trade between the two nations has been going on. But this has its limitations.

In order to achieve higher economic growth, India and Pakistan have to work towards economic interdependence in the primary areas of agriculture, pharmaceuticals, construction, steel, minerals and oil industries which constitute as raw materials of the respective economies.

India with its expertise in the above mentioned areas could help Pakistan’s domestic economy. In return, Pakistan could grant India the most favoured nation or non-discriminatory market status. India should not shy away from extending its hand like it has offered to other neighbours, like Sri Lanka and Nepal.

Cricket and business must go on

Pakistan has had different parties in power but all, including military-led governments, have remained interested in opening trade with India. India should act sensibly towards Pakistan with whom the trade balance has always been surplus. Trade should be de-linked from political issues and India should go the extra mile to provide Pakistan cotton and fabrics it requires for its textile industry as raw materials. Pakistan, in return, can provide dates, cement and oils that in the past comprised 50 percent of its exports to India.

Sports visas should be issued and Pakistani cricketers allowed in the Indian Premier League. Business chambers and think tanks should be encouraged to promote trade relations without any prejudice. Informed dialogue about why trade should not become hostage to political situations should be encouraged and concerns relating to market access, tariff and non-tariff barriers duly addressed.

The lists of items allowed for trading via the surface and sea routes should be expanded. Furthermore, in addition to the Attari-Wagha border, the Munabao-Khokrapar border in Sindh-Rajasthan should also be explored for transit of goods. Use of emerging technologies like full body scanners and digitalising the logistics can make the trade flow fast, smooth and transparent. The security concerns can also be addressed better than before.

In the days of climate change concerns, trade among contiguous countries will be environmentally friendly, as carbon emissions on account of transportation will be much lower. This is another driver for closer trade relations between the two countries.

An immediate steps to set the stage for trade can be the reinstatement of high commissioners by the governments of both nations. Simultaneously, opening up the road, sea and rail routes for trade, promotion of people-to-people connectivity, releasing innocent fishermen and maintaining ceasefire on borders would highlight good governance and act as a confidence building measure. Restarting of trade and connectivity are the key enablers for robust regional cooperation in South Asia.

"Hostility between India and Pakistan can be ended..." - Dr. Sandeep Pandey ‘I am finally going home’: Pune granny to revisit childhood home in ‘Pindi after 75 yrs