To deliver the dividends of peace 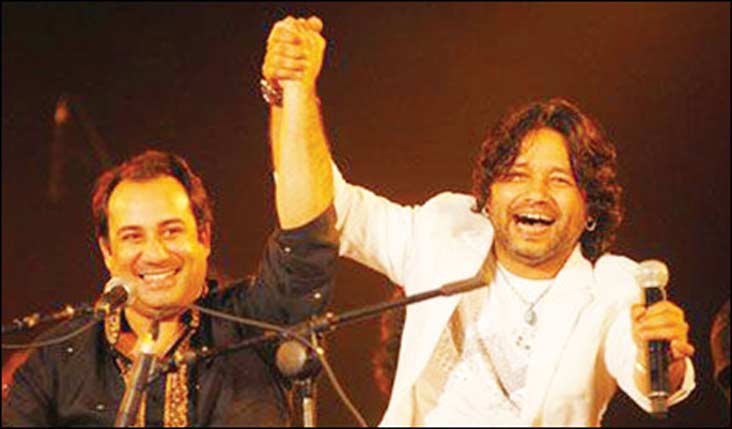 By Beena Sarwar and Shahrukh Hasan

As the year 2011 starts off, peace between India and Pakistan, lodged in millions of hearts in this poverty-struck, yet resource-rich region, remains an elusive dream.

And yet, there is hope. After six decades of cat and mouse games between the governments of India and Pakistan, a media-led, civil society movement for peace has captured the imagination of the 1.6 billion people of the two countries. Aman ki Asha (hope for peace) is a campaign for peace jointly launched by the two leading media groups of Pakistan and India — the Jang group and the Times of India. Launched on January 1, 2010 with front page identical editorials — an unheard of first in the history of the two hostile neighbours — the campaign has aggressively promoted the benefits of peace through increasing people to people contacts, easing visa restrictions, allowing trade and investments to flourish and an honest dialogue to settle contentious issues.

The European nations came together despite a long history of bloodshed and hostility because it made economic sense to do so. For India and Pakistan too, cooperation and trade make sense. Businessmen and women recognise this: in May 2010, they endorsed economic ties at a large meeting organised by Aman ki Asha in New Delhi. The conference, the largest ever between the private sector CEOs of the two countries, appeared to have the blessings of the governments; the highly respected Finance Minister of India, Mr Pranab Mukherjee, attended as chief guest and announced that ‘The sky is the limit’ if trade and investments were allowed without let or hindrance. The Pakistani high commissioner, Shahid Malik, also attended and welcomed the initiative by the Jang group and the Times of India. The conference was co-hosted by the powerful Confederation of Indian Industries (CII).

To take forward this goal, six committees, representing sectors identified as having the highest potential, were formed:

* Textiles: The largest employer in both countries; potential for the export of Pakistani textiles to India and a huge market in Pakistan for India’s polyester textiles.

* Information Technology (IT): the fastest growing sector in both countries and the easiest area to cooperate in, given its virtual nature. India can collaborate with Pakistan, which can provide skilled resources at competitive rates.

* Agriculture: considerable potential exists for trade through streamlining logistics and storage facilities. There will also be benefits from collaboration on research for improved yields in, and greater export for both countries.

* Healthcare: Poor health infrastructure is a common problem. Opportunity for collaboration exists in research and combating the three major diseases in both countries –heart, diabetes and cancer. This also offers a great opportunity for people-to-people contact.

* Energy: India and Pakistan have huge untapped reserves of energy. Collaboration can lend impetus to accelerated growth and development in both countries, which have a huge appetite for energy.

* Education: Given the low average age in both countries (18.2 years in Pakistan and 22.5 years in India), cooperation and sharing of strategies is the best investment that both countries can make. Student exchanges could also offer great opportunities for bridging the divide.

As the wise know, peace is not an event, but a process. The committees, comprising CEOs of leading corporations from both countries, have embarked upon the process of cooperation in their own fields. These committees, and Aman ki Asha itself, are themselves part of an ongoing peace process.

Although Aman ki Asha has been hailed as the most powerful movement for peace, leveraging, as it does, the considerable media outreach of the times of India and the Jang group, various NGOs and prominent intellectuals on both sides began coming together and urging the governments to talk since the mid 80s. The hawk-turned-dove Dr Mubashir Hasan, a former finance minister, believes that the power of the pundits of old mind-sets is declining, and the momentum for peace is growing. Dr Hasan believes that the one “very significant reason among others which made Prime Minister Nawaz Sharif lose his job was his peace making efforts with India without fully consulting with the security establishment of Pakistan.”

This security establishment still largely calls the shots in Pakistan. However, there are indications that the paradigm is changing, if slowly. The traditional view of India as the enemy might gradually be giving way to a realisation that the real enemy is the militancy and jihadi mindset cultivated at the time of the Afghan war against the Soviet Union; it is no secret that the USA, Saudi Arabia and other countries propped up Gen. Ziaul Haq, the then military dictator, and that all these forces funded and supported the militants. Subsequent events sharply brought home the drawbacks of this policy, which has since then clearly boomeranged on the very powers that developed it.

The most powerful way to reclaim space for a more tolerant and peaceful society now is for the governments to allow cross-border people-to-people and trade links. For this to happen, Pakistan must make that crucial paradigm shift, from a ‘pro-jihadi, anti-India’ to ‘anti-jihadi, pro-peace’ mind set. This will take the peace process into the fourth phase, in which the governments back and facilitate the people’s desire for peace. The time for this is ripe. As the significant trade meet in New Delhi in May underlined, key business leaders on both sides are ready to cooperate. While the governments hammer out their differences through dialogue, they must meanwhile at least facilitate people-to-people contacts and cross-border trade and business.

Increased trade and reduced tensions will benefit not just India and Pakistan, but indeed the entire region. According to estimates, free trade could add around two percentage points to South Asia’s growth rate. At present, SAARC is unable to fulfil its potential, held back by Indo-Pakistan tensions that hold back trade-linked regional cooperation.

Cooperation in key sectors such as health and IT will improve trade-investment synergies. As the Aman ki Asha business meet in Delhi underlined, the benefits of training and research will help both sides to improve income and employment rates. This will reduce problems that are common to the entire region, like poverty, hunger, malnutrition, and illiteracy. This will contribute to the regional stability that investors need.

Better economic ties will bring a “peace dividend” as the Indian Finance Minister Pranab Mukherjee, addressing the Aman ki Asha Delhi meeting, called it. Better business ties between India and Pakistan will give a vital boost to South Asia’s growing peace constituency that has a joint stake in prosperity and development of the region.

Aman ki Asha looks to 2011 as the year of paradigm-shifting change. If the two leading media groups can encourage the governments to engage each other in meaningful dialogue, to consider the dividends of peace as being bigger than the sum total of the disputes, to accept that the vast majority of our peoples desire peace, then there is no reason why India and Pakistan can not leap into the new year as not just regional growth leaders but indeed as a global example of how the power of the sub continent can be harnessed, how the talent and potential of 1.6 billion people can turn a war ravaged past into a brilliant future.

This article was written for The Economist 2011 Urdu issue published in conjunction with the Jang Group at the start of the year. Beena Sarwar is Editor Special Projects, Jang Group; Shahrukh Hasan is Group Managing Director, Jang Group. Email: [email protected]

Where do we go from here? The desi melting pot