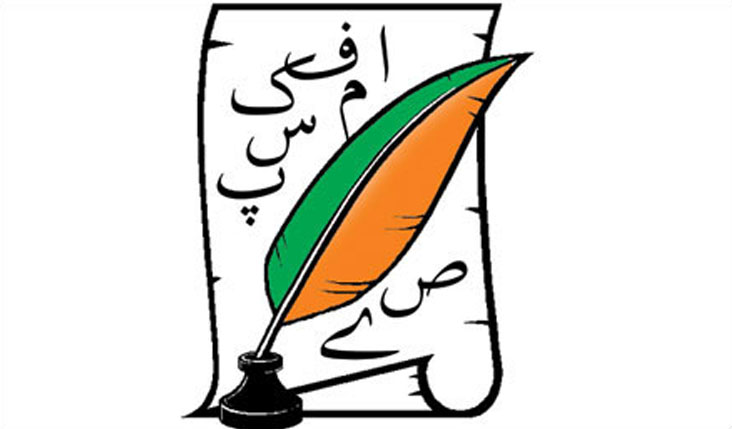 This is the first of a series of articles based on a speech by Mr Justice Markandey Katju of the Supreme Court of India. The speech, presented at Jamia Millia Islamia, New Delhi was titled ‘What is Urdu?’

The topic for today’s talk is ‘What is Urdu’? I have chosen this topic for a special reason which I would like to mention.Today our country, India, is facing great difficulties, such as poverty, unemployment, price rise, casteism, communalism, corruption, etc. It is, therefore, important for the intellectuals to come forward now and show the correct path to the Indian people to overcome their difficulties.

Intellectuals are the eyes of society, and without whom a society is blind. You are a section of the intellectuals of India, and therefore a heavy responsibility lies on you to show to the Indian people the path by which they can overcome their problems and advance forward. However, in order to do so, you first have to clarify your own ideas and get a proper understanding about India and its culture.

How can you guide the people when you yourself are not clear about these matters?

India is broadly a country of immigrants

I have mentioned in the recent judgment given by me in Kailas & Others vs. State of Maharashtra 2011(1) JT 19 that India is broadly a country of immigrants, and this explains its tremendous diversity. As I mentioned in that judgment, while North America is a country of new immigrants where people came mainly from Europe over the last four or five centuries, India is a country of old immigrants where people have been coming in for ten thousand years or so. Probably about 92 percent people living in India today are descendants of immigrants, who came mainly from the North-West, and to a lesser extent from the North-East. Since this is a point of great importance for the understanding of our country, it is necessary to go into it in some detail.

People migrate from uncomfortable areas to comfortable areas. This is natural because everyone wants to live in comfort. Before the coming of modern industry there were agricultural societies everywhere, and India was a paradise for these because agriculture requires level land, fertile soil, plenty of water for irrigation etc. which was in abundance in India.

Why should anybody living in India migrate to, say, Afghanistan which has a harsh terrain, rocky and mountainous and covered with snow for several months in a year when one cannot grow any crop? Hence, almost all immigrations and invasions came from outside into India (except those Indians who were sent out during British rule as indentured labour, and the recent migration of a few million Indians to the developed countries for job opportunities). There is perhaps not a single instance of an invasion from India to outside India.

India was a veritable paradise for pastoral and agricultural societies because it has level and fertile land, hundreds of rivers, forests etc. and is rich in natural resources. Hence for thousands of years people kept pouring into India because they found a comfortable life here in a country which was gifted by nature.

“In the land of Hind, the caravans of the peoples of the world kept coming in and India kept getting formed”.

However, this view has been considerably modified subsequently, and now the generally accepted belief is that the original inhabitants of India were the pre-Dravidian aborigines i.e. the ancestors of the present tribals or adivasis (Scheduled Tribes).

It is for this reason that there is such tremendous diversity in India. This diversity is a significant feature of our country, and the only way to explain it is to accept that India is largely a country of immigrants.

There are a large number of religions, castes, languages, ethnic groups, cultures etc. in our country, which is due to the fact that India is broadly a country of immigrants. There are differences in dress, food habits and various other matters.

We may compare India with China which is larger both in population and in land area than India.

China has a population of about 1.3 billion whereas our population is roughly 1.15 billion. Also, China has more than twice our land area.

However, all Chinese have Mongoloid features; they have a common written script (Mandarin Chinese) and 95 percent of them belong to one ethnic group, called the Han Chinese. Hence there is a broad (though not absolute) homogeneity in China.

On the other hand, India has tremendous diversity and this is due to the large scale migrations and invasions into India over thousands of years.

The various immigrants/invaders who came into India brought with them their different cultures, languages, religions, etc. which accounts for our tremendous diversity.

My friend Mr. Salman Khurshid, Honourable Union Minister, has written a play ‘Babur Ki Aulad’ which was produced recently. Now I request him to write another play which should be called ‘Baahar ki aulad’, to depict India.