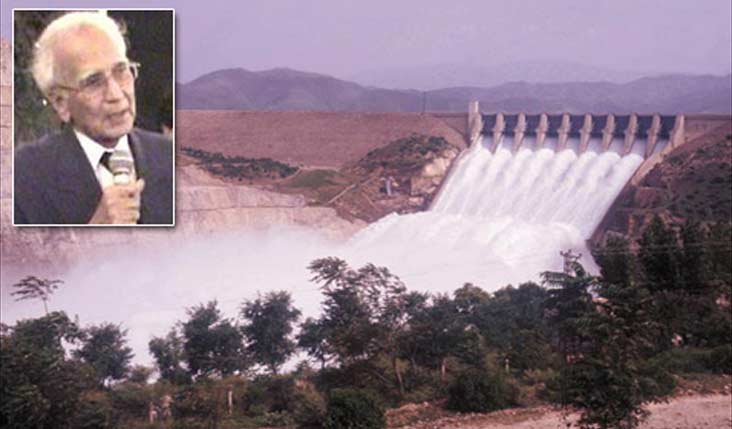 ISLAMABAD: The ongoing water contentions between India and Pakistan in the context of the Indus Waters Treaty 1960 (IWT) place before us four different yet inter-connected realities. One is the perception present in news coverage and analysis by the mass media in both the countries. The other exists between the two Indus Water Commissioners (IWCs) that jointly make up the Permanent Indus Commission (PIC) charged with implementing the IWT in letter and spirit. Third there are the ever-dominant bilateral security concerns that now stand compounded with ongoing international involvement in our regional geo-politics. And finally, the environmental and ecological reality that we all live with across South Asia connects us to the rest of the world fighting climate change.

Let us address these perceptions one by one for a holistic perspective on water contentions between India and Pakistan. The media version is flawed because of a limited capacity to understand the complex hydrological regimes of the Indus Rivers System that both countries manage independently in their respective territories following the IWT. The almost secretive working of the IWCs in both countries further compounds the situation. The media in Pakistan, while projecting unfounded allegations of water theft and the ‘water war’ India is waging, tends to demonstrate a lack of understanding of the IWT – an instrument that has ensured water peace between the neighbours even during war times.

To these allegations, senior Pakistani statesman and a water expert in his own right, Dr Mubashir Hasan responds: “If India has stolen our water, then tell me how have they done it? Where have they taken it?”

“New Delhi has no ‘storage and diversion canals network’ to withhold Pakistan’s share of water,” explained India’s High Commissioner to Pakistan Sarat Sabharwal in his recent speech at the Karachi Council for Foreign Affairs.

Basically, there is a general tendency to oversimplify the IWT, especially in Pakistan. Most coverage simply goes with the notion that India has no rights over the Western Rivers (Chenab, Jhelum and the Indus). The reality is not that simple. Indian has water rights for domestic uses including drinking, washing, bathing and sanitation. The non-consumptive uses allowed to India cover uses including navigation, flood control and fishing.

India also has the right to draw water from the Western Rivers to irrigate a maximum permissible irrigated crop area of 1.34 million acres. It can also use water from these rivers for run-of-the river hydroelectric projects. Hydroelectric projects incorporated in storage works are also allowed albeit to the tune of only 3.6 million acre feet (MAF). Of this storage, 0.4 MAF is allowed on the Indus, 1.5 MAF on the Jhelum and 1.7 MAF on the Chenab.

This is in addition to the storage that existed on these rivers before the Treaty came into force. However, storage is strictly regulated for India, with a total of only 1.25 MAF allowed as general storage. The remaining quantity is split between 1.6 MAF for generating hydroelectricity and 0.75 MAF for flood control.

The media is key to ensure a fair coverage of the issues involved. The current water scarcity that is feeding emotions across the borders of the IWT is not permanent. It is making water ‘hot’ at the moment but as soon as supplies are replenished in the river system, the issue will move to the backburner as always.

This is why sustained open communication is so essential, as underscored at ‘Talking Peace’, the editors’ and anchors’ conference organised in Karachi recently by Aman ki Aasha, a joint initiative for peace by the Jang Group and Geo TV in Pakistan and the Times of India group in India. Editors agreed on the need for more cross-border information and on the need to focus on facts rather than emotions when writing about each other’s countries.

Concerted joint efforts are essential to cover the range of issues involved in an objective and fair manner on both sides. This is imperative to counter tensions between the two countries. This brings us to the latest unresolved contention between the two Indus Water Commissioners (IWCs) that jointly make up the Permanent Indus Commission (PIC) charged with implementing the IWT in letter and spirit.

As reported earlier (Part I of this series), Pakistan has already notified India of its intention to seek arbitration on the Kishanganga Hydroelectric project. The News has learnt that Pakistan will hire the services of its arbitrator in the Baglihar Dam case, Prof. James Crawford, Head of the Law, Cambridge University, once again. The News has learnt that a senior water expert from Pakistan paid a quiet visit to England in the last week of March this year to confirm his acceptance.