When alienation melts away 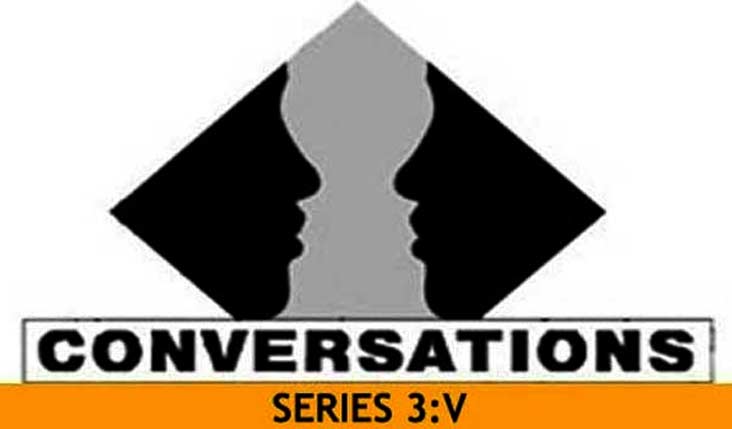 The concluding part of an online cross-border discussion between two young people, Gaurav Chavan in Mumbai and Ramsha Jahangir in Karachi

Gaurav Chavan: We do witness Pakistanis around art and photography as I mentioned earlier in reference to Mehlum Sadriwala. But how do you identify them as Pakistanis as they look like us?

I have an interesting recollection of my first meeting with Mehlum (the Pakistani photographer who introduced Gaurav to Ramsha). We first spoke on the phone and exchanged hellos. The spoken words were superficial and there were smiles behind the tone, just like anyone would talk for the first time. I had only seen him in pictures and had a different idea about what he would be like in real life.

When I went to pick him up at the Bandra station in Mumbai, there he stood with his camera bag on his shoulder wearing jeans and a t-shirt. I recognised him because of his beard. And he comes walking straight, sitting in the car and ‘Wassup’! I was wondering what happened to all the salam and hello and formality. And suddenly he was a typical young man just like any Indian amongst us. And talkative!

So you see, this feeling of alienation just melts away when we find someone who is just like us. Here I am talking about the common people, without any political trappings.

What is your cuisine? What foods do Pakistanis like? How famous or wanted is McDonalds there? What are the youth up to in their free time? Where do they hang out?

Ramsha Jahangir: Pakistanis’ lifestyle and cuisine are probably similar to Indians’. Maybe we have more BBQ as most people are meat-eaters. Pakistanis and Indians for this reason tend to converge at the same restaurants in the western world. We don’t just share a common language but also have similar tastes.

The mall culture is becoming trendy here for the urban youth and families to hang out. Pakistan is industrialising rapidly. What concerns me is that in this competitive race for economical stability and modernisation, are we losing our cultural and historical heritage? Archeological sites like Mohenjodaro suffer from negligence.

Gaurav: What is the music Pakistan listens to? Any Indian favourites? What is your scene about this in Pakistan?

Ramsha: In recent years, the Pakistani music industry has been more successful than the film industry. There is a great deal of talent and of course Pakistanis have made numerous contributions to Bollywood too. Indian music prevails due to Bollywood’s popularity but people also follow Pakistan’s music talents due to the success of Coke Studio and Nescafe Basement.

Music shows are being encouraged, there’s Pakistan Idol and other such shows. If you discuss this issue with the youth, you will find a lot of positivity. The youth want to promote the arts in Pakistan. Theatre performances, music and film are emerging as a dynamic industry that will flourish if the trend continues. Pakistan’s pop music industry and underground bands are more focused and influential than their counterparts in India.

Bollywood dominates the arts in India. Pakistan does not have a similar film industry, but I see individual talent growing here that is set to do wonders in future. A gold mine is my country, difficult to access but once discovered, it isn’t easy to let go! Would India agree?

Gaurav: Thank you for the voices you’ve shared with us despite the separation. Indians have devoured Ghulam Ali sahab, Mehdi Hassan sahab. There is a long list of names that have transported us to a realm of peace beyond political understanding. Farida Khanum, Nusrat Fateh Ali Khan, Abida Parveen to name some that we put on a pedestal. Music has perhaps been the only knot that nothing ever could loosen between us. Look what you have given us, Rahat Fateh Ali Khan, Adnan Sami, Shafqat Amanat Ali and now Arif Lohar. I wouldn’t be exaggerating if I say that most of my countrymen wouldn’t know if these even were Pakistanis in the first place.

Anything you would like to tell the people of my country? A message on behalf of your people?

Ramsha: Pakistan is a country full of life. We may undergo consistent chaos, struggle to battle our way out the problems that prevail but despite all odds, we are a nation that shares an un-detachable bond with India. Never was India so important to me before, but getting to witness it so closely has made me realise and identify how unthinkingly caged Indians and Pakistanis have been over the years. Look closely people, where does the divide persist? It is all a matter of perception. Today I have developed respect for India, not because the situation has changed. But rather because I have come to realise we’re all the same. We are one; after all we are sons of the same soil. Think. Accept. Change within!

I’d like to express immense gratification to you, Gaurav, for this opportunity to interact. It is initiatives of this nature and magnitude that instigate the process of change. Thank you India! Thank you for instilling recognition and determination for this effort. Here’s to a bright future with acceptance and beyond!

Gaurav: A resolution:  This year, India celebrated its 68th Independence Day. I conceived this discussion for this day to move beyond the apprehensions we harbour about each other. I am aware of the political situation between us. But this is just another version, perhaps more real, of reality.

This is the story of ordinary people who, wherever in this world, are always ignored. Some might have irreconcilable views about this. Some may continue to hate. But that’s their choice. I choose to know, to believe and to hope. I pledge allegiance to my country and am proud of being an Indian. At the same time I pledge obedience to compassion, to tolerance and to this human race.

A generation of hostility is too much to live with. Let them hate who have surrendered to hatred. If you haven’t, celebrate this freedom in acceptance. Let ordinary people from both sides meet. No high security meeting point, but a common melting point. No elaborate luncheon, but a few sweet words. No obligatory superficial handshakes, but open arms for an embrace. No third irrelevant party involved, but just the two that matter.

Gaurav Chavan lives in Mumbai; a copywriter by profession, he prefers being a thinker. Ramsha Jahangir in Karachi is a Social Science student, a thinker at will, a writer by choice.

Earlier CONVERSATIONS in this series:

3.iv Grown seeds of the same soil
3.ii The urge to express ourselves
3.ii  Beyond the headlines
3.i Hope for a better tomorrow

2 thoughts on “When alienation melts away”