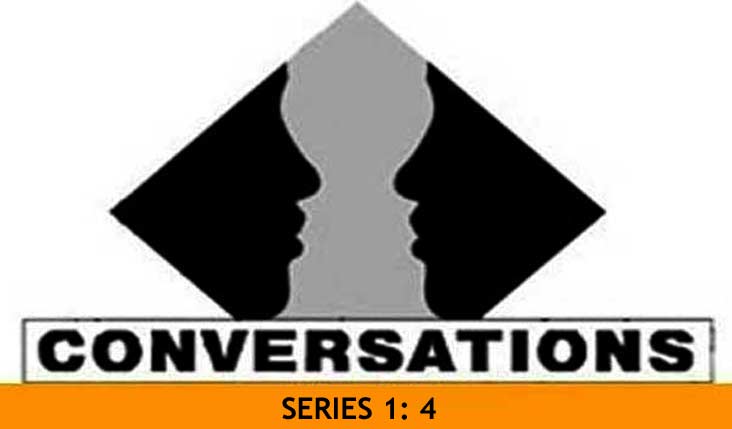 Again, so much to address! But since I asked what annoys you about Indians, and since you answered so frankly, let me make that the theme for this instalment of our exchange, and in two ways.

First, your beef is with “the hard-nosed nationalism and sense of superiority of many Indians, the refusal to introspect and see flaws within their own society.” Personally, I’m bothered too by this reluctance to see flaws, by the sense of almost manifest destiny and even entitlement that a lot of us Indians nurse.

But let me say this: in at least two respects, I think we are indeed superior to Pakistan. One, we chose the superior ethos for our country in 1947: the secular as opposed to the religion-based. Two, we’ve had the better form of government: the essentially democratic as opposed to the frequently dictatorial.

Second, let me try to explain what annoys me about Pakistan and Pakistanis. The major thing is the apparent obsession of your leaders with Kashmir. It’s not my case that our quarrel over that beautiful state should not be resolved, or cannot be resolved. But I wonder what progress we will make towards peace if we have only this one bone to chew on. Why not see what else there is between us? Why not find other things that we can use to learn to trust each other, which will give us some kind of basis to then tackle Kashmir?

For now, there is no trust that I can see. Because Kashmir makes it impossible. Surely, I think, the ordinary Pakistani’s quality of life is not dependent on what happens to Kashmir. Why does that not find wider and louder expression in Pakistan?

There, we’ve both fired our first salvos of annoyance. What do you make of that?

Thanks for your honesty. Lots to chew on there. First let me say that if I were in your shoes, I would probably feel superior too. We agree that it is better to keep religion out of politics and of course the better form of government is the democratic. As you and other Indian friends recognise, India’s secularism and democracy are far from perfect. I know you have fought long and hard against these flaws.

Similarly, many of us in Pakistan have fought, and continue to fight, for these values – secularism and democracy. Cynics will say it’s a lost cause. I refer them to the late respected journalist Aziz Siddiqui, who, confronted with my pessimism during earlier dark days, drew on his pipe, removed it and responded calmly: “Phir kiya karein, hathiyar daal dein?” (So what shall we do, throw down our weapons?).

You are, as you realise, fortunate that your country chose that path and enshrined those values into the Constitution. We were not as lucky.

The man who brought Pakistan into being (pushed by the intransigence of the Congress leadership which saw the benefits of having a buffer state between India and the ‘wild west’ (not something you’ll read in either of our history books) died barely a year later. His successors literally censored the guiding principles he had articulated.

These are historical circumstances that we cannot take blame or credit for. What I am saying is, instead of superiority, try understanding and empathy. We don’t want your pity but your support. We will fight on, with or without it.

Kashmir – yes, our politicians (some of them) are obsessed. Most people (including many Indians I know) agree that to deny the Kashmiris their right of self-determination was unjust, and that injustices continue to take place there. But it’s not as black and white as portrayed either in your media or ours.

Many Pakistanis realise that not all Kashmiris want to join Pakistan – and we don’t blame them. I remember seeing a banner some ten years ago at Lahore’s Regal Chowk: “Kashmir se pehle Sindh bachao” (before saving Kashmir, save Sindh). It didn’t remain there long.

Since 1995 the largest people-to-people group between our countries, Pakistan-India People’s Forum for Peace and Democracy, has been reiterating that Kashmir should not be treated merely as a territorial dispute between India and Pakistan, but a matter concerning the lives and aspirations of the Kashmiri people. This principle has started to find its way into public discourse. The Kashmiri people’s diverse views are starting to be heard. One day, the matter will be resolved – but not anytime soon.

There are elements in Pakistan (and India) working hard to keep the tensions alive. Only a continuation of the democratic process will eventually prevail over those elements. That is why India should support the process in Pakistan, instead of undermining it by refusing to talk.

Meanwhile, certainly, let’s focus on our commonalities and shared heritage rather than our differences. There must be an acceptance of both. The process of learning to trust will only happen when people are allowed to meet and interact.