‘It’s all about the couple’ 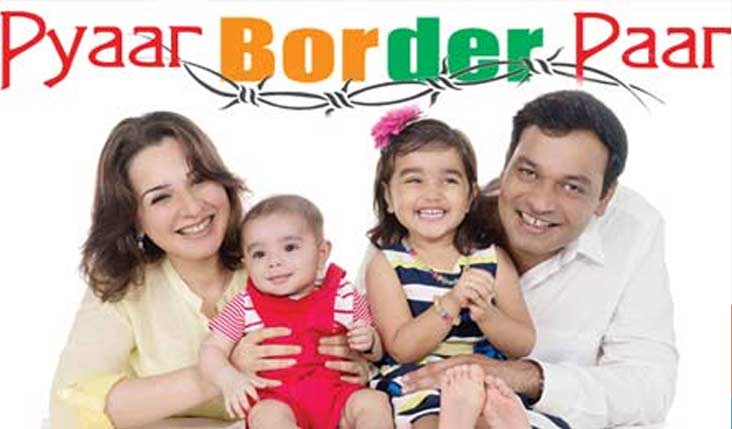 Don’t compare differences between the two countries; focus on how much similarity remains. It’s all about the couple. People, society, even parents will acquiesce to your desires eventually.
By Laaleen Khan

College sweethearts Shermeen and Udit first met as undergraduate students at Bentley University in 1994. The couple patiently maintained a seven-year long distance relationship until they got married in 2002.After that, the couple lived first in Toronto and then in Singapore, where Shermeen worked at RBC Capital Markets and the Bank of Nova Scotia.They now live in Singapore.

Shermeen is from Karachi where she worked as a banker and trader after graduating from college. She continued her banking career after their children, a daughter and son, were born. In her spare time, she pursues photography.

Hailing from New Delhi, Udit balances his corporate life in finance with volunteer work for Habitat for Humanity; he has raised funds for the CARE Foundation India and Pakistan’s flood victims. Udit isn’t the only one in his family who found love across the border; his sister Gaurika also has a Pakistani spouse, Faisal Sherwani.

Shermeen: We were both students at Bentley. Introduced by common friends, we became friends immediately. After few months of socialising, we realized that we were attracted to each other, maybe because we had similar tastes and interests. It was quite funny – Udit used to throw hints at me and I conveniently ignored them until I finally gave in. I guess from there on our ‘story’ began -a sweet courtship whilst in our fantasy college world!
Udit: I first met Shermeen in the Bentley cafeteria within a month of starting college. We met again a few times and became good friends. I asked her out in April 1995 and she accepted after a few days, giving me a card that only said ‘Yes!’ She is my best friend, my conscience and has actually become ‘the correct side of my brain.’ We kept the relationship going long-distance, meeting once or twice annually after I graduated in 1998 and returned to Delhi. She’d graduated and returned to Karachi in 1997. It was a bit hard to communicate via telephone between Pakistan and India, but we managed. I left for the US for employment. Her parents had never received confirmation of their suspicions, but my parents knew all about us. So in 2001, we decided to take things to the next stage and Shermeen discussed it with her family.

Shermeen: Udit and I got engaged and married during severe geopolitical issues – the bombing of the Indian Parliament, Kargil and 9/11, visa issues, no flights between India and Pakistan. Yet we survived and managed to have a wonderful, memorable wedding. It is still an extremely long process for me to get an Indian visa. I have to apply on my Pakistani passport, even though I travel everywhere else on my Canadian passport. So whichever city we move to, we make sure we get familiar with the Indian visa section staff at the consulates.
Udit: We never lived in India or Pakistan together, but there were challenges: religion, practices, political tension between our countries. None were insurmountable or such that they could not be laughed off. We’ve had our ups and downs but because of evolving personalities, lives, roles, and responsibilities rather than our ethnic backgrounds. India takes forever to give my wife a visa and insists on processing her Pakistani passport instead of her Canadian one. I advise couples to beg and plead at the embassy; if you get angry, you re doomed.

Shermeen: I never really came across any silly questions or comments about Udit or his background. In fact, my family and friends were immensely excited that they would get to travel to India. Bollywood plays a big part for us in keeping track of Indian culture.
Udit: Conservatives, fundamentalists, non-drinkers, sexists, ‘India-haters’ are all stereotypes that Indians are fed about Pakistanis. One must go to Pakistan and see how similar we are. Yes, there are pockets of extremists but these exist in every country.

Shermeen: ‘Vaila!’ and ‘haanji!’
Udit: ‘Masla’, ‘ya Ali-madad.’ I am consequently better able to articulate things to my Pakistani colleagues at work!

Shermeen: We’ve grown up with each other. Looking back, maybe I would’ve gotten married a bit later. My advice to couples is, you are different from each other, but always be fair and tolerant.
Udit: Given the chance again, I would have stayed and started my career sooner. I’d advise people to have faith in themselves, not in fate. Don’t compare differences between the two countries; focus on how much similarity remains. People, society, even parents will acquiesce to your desires eventually. And yeah please never discuss Kashmir!

Don’t compare differences between the two countries; focus on how much similarity remains. It’s all about the couple. People, society, even parents will acquiesce to your desires eventually.

Laaleen is an Islamabad based writer. Twitter @laaleen; Email: [email protected]
This piece is adapted from her series ‘When Hari Met Saleeha’ in Libas International, 2013