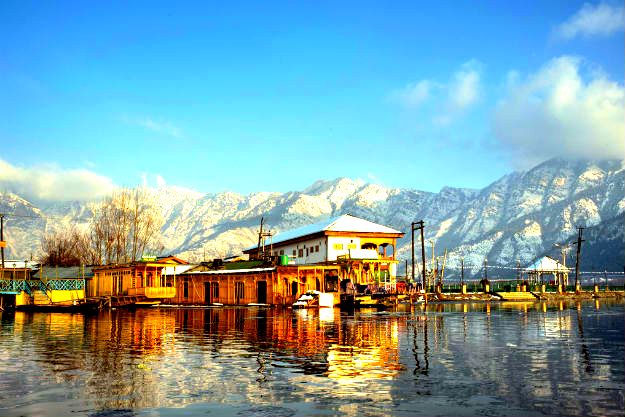 Civil society groups and individuals from Jammu and Kashmir have expressed deep distress at the emerging situation in Jammu and Kashmir, “consequent upon the brinkmanship and belligerent policies and statements made by official representatives of India and Pakistan”.

In a statement released to the media, they say: “The recent reckless statement made by the Indian Army Chief where, inter alia, he said, ‘We will call the (nuclear) bluff of Pakistan. If we will have to really confront the Pakistanis, and a task is given to us, we are not going to say we cannot cross the border because they have nuclear weapons. We will have to call their nuclear bluff’.”

Pakistani authorities responded to this with combative statements including by the Pakistan Foreign Minister who said that this “… amounts to an invitation for a nuclear encounter. If that is what they desire, they are welcome to test our resolve…”

“We have seen in the past that these irresponsible statements lead to the immediate escalation of violence at the Line of Control (LOC) and accusations and counter-accusations. The same happened this time as well”.

“Further, soldiers from both armies become cannon fodder. Similar intransigence was witnessed between the years 1999 to 2002, during which India and Pakistan mounted a limited war in Kargil, but what remained invisible was the escalation of violence on the people of Jammu and Kashmir around this period. This military adventurism also took a huge toll on soldiers from both sides”.

Significantly, despite the three wars and all the military manoeuvres between India and Pakistan, they have been unable to resolve or end the conflict, says the statement. “Therefore, the civil society of Jammu and Kashmir earnestly appeals to the leadership of both the countries to end belligerence and replace it with rationality and dialogue to peacefully resolve the core issue of Jammu and Kashmir”.

The signatories draw attention to a Pentagon lead study which estimated that in the event of a nuclear war between India and Pakistan, 12 million people would die. “We appeal to the civil society groups of India, Pakistan and the world at large to not remain silent in this situation, which can lead to a major catastrophe. The silence of those who believe in dialogue, peace and justice will only embolden the vested interests that are keen on escalating tensions between the two countries”.

“We hope that the civil society groups and those who believe in non-violent conflict resolution will mobilize themselves by persuading both the countries to shun nuclear sabre-rattling and to engage in meaningful political dialogue, dialogue which is time bound and result oriented and leads to the eventual resolution of the Kashmir dispute”, concludes the statement.