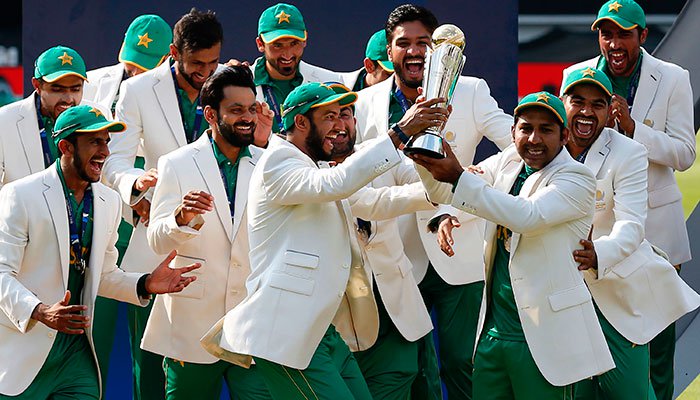 As an Indian well-wisher of Pakistan, I really hope that this is a turning point in our neighbour’s history

As expected, conventional as well as social media was abuzz after the game. Gracious congratulations as well as lame excuses on the Indian side. Dignified celebrations as well as ugly triumphalism on the Pakistani side.

What was noticeable however was the warm relationship between the players on both sides. There was no finger wagging or unpleasant one-upmanship from either side during or after the two contrasting games the two sides played in the championship.

As an Indian, I was naturally dejected about the Indian cricket team’s defeat. However, it would have been tragic if Pakistan had lost after such a fairy tale display of resilience and victory of passion over conventional wisdom.

India have hogged the limelight in ICC matches over the last seven years. It was Pakistan’s turn – earned fair and square.

India and Pakistan players see each other as human beings, fellow players not enemies

Many people including former and current Indian players commented about the odds that the Pakistan cricket team has surmounted. It was heart-warming to hear Ganguly’s comments before the match and Kohli’s afterwards.

As a cricket fan, I am thrilled at the prospect of the revival of Pakistan cricket. We have lost West Indies cricket, it seems. Losing Pakistan’s magic in cricket would have been equally tragic for the game.

As an Indian well-wisher of Pakistan, I really hope that this is a turning point in the history of Pakistan as a country. Nothing suits India like a resurgent Pakistan, at peace with itself and confident about its place in the world.

Hawks in both countries use our insecurities as nations to further their agenda. Hatred breeds hatred and peace breeds peace. I wish Pakistan well.

Samir Gupta is an IT professional and peace activist based in Ghaziabad, India. Email: [email protected].

Cricket: Pakistan and India to face off in the upcoming women’s ODI in England India Pakistan cricket #KhelneDo