There is more than truth 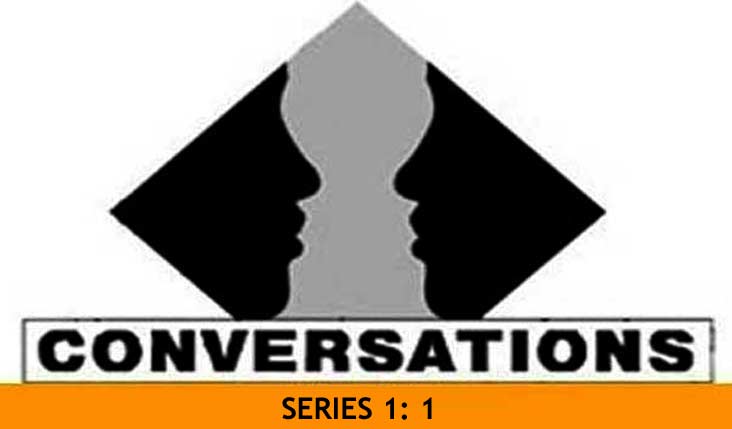 In your last letter, you said that “many Indians feel there’s no point talking to the Pakistan government, given the strength of the ‘establishment’ here.” I should tell you that there are plenty of Indians who feel there’s no point talking to the Indian government, for various reasons. At an extreme we have the Maoist insurgents, who long ago decided that talking to the Government is futile, and have taken to arms. Perhaps at another extreme, we have plenty of ordinary middle-class folks who will not exercise their most basic dialogue with the government — their vote. And somewhere in between are the rest of us, cynical about government’s every move.

Yet here’s what baffles me: let the same government make a pronouncement — preferably a critical one — about Pakistan, and it will find support across the board. When it comes to Pakistan, all our cynicism about our government is tossed overboard.

What this curious phenomenon tells me is that somewhere inside, we want to believe the worst about your country. And we want it so badly that we are willing to suspend our usual scepticism about our government in every other respect. This worries me, because it is no kind of climate for the pursuit of peace, for building the trust we spoke of last time. It’s weird, but what I’m effectively arguing here is that to build trust with you in Pakistan, we have to become more sceptical of our government.

Yet isn’t that the fundamental duty of a citizen in a democracy, to be sceptical? Isn’t it vital to ask questions all the time?

So I’m going to list here three random things we often hear said about Pakistan, so often that we take them to be true. Can you tell me a little about the way they are seen in Pakistan? And to return the favour, can you offer three things said about India in Pakistan, that you guys should be more sceptical about?

*  We have given Pakistan dossiers filled with evidence against those we believe are responsible for 26/11, and even so Pakistan will not act against them: well, let’s hear exactly what’s in those dossiers. Let’s make our own judgement about why Pakistan says they are not enough to act on.

*  Pakistan indulges in regular unprovoked firing across the border: well, let’s hear how each such episode is reported in Pakistan. Can we pin down what is and isn’t provoked?

*  The US is soft on Pakistan and overlooks all its crimes in the name of the war on terror; India, and not Pakistan, should be the natural ally of the US in this war: well, again let’s hear how the relationship with the US is reported in Pakistan. How do Pakistanis see themselves in relation to the US and India?

Finally, I do want to take forward the attempt to make a case not to execute Kasab. Can I also ask you for some specific issues in Pakistan that would be better served with him alive, rather than dead?

Excellent point, about the different responses of Indians to their government. Of course that’s the case in Pakistan too – but not when it comes to the ‘enemy’ country. It may not just be about Indians wanting to believe the worst about Pakistan, or vice versa, except on the surface. Underneath are years of conditioning in our schools, through our media, films, and the hardline public posturing of governments, politicians and extremist lobbies on both sides.

Your argument is well taken, about the need for citizens to question government actions (that are after all taken in the name of the people). This is a basic requirement of being an active citizen rather than a passive subject. But in our countries, where poverty, feudalism, and class divides are endemic, that is a tall order. Many, even in ‘India shining,’ see themselves as subjects, and are treated as such. Yes, things are changing. People are increasingly standing up for their rights – despite the violence they often face from police, from feudals, from upper class adherents of the status quo, when they do so. None of this will change overnight.

Your Maoist insurgency, our Baloch insurgency, are symptoms of underlying problems. To change the status quo, we need to take a long view of where we are going and where we want to go. We cannot wish each other away. We need to work together for change, particularly when it comes to shared problems like terrorism, poverty, water scarcity, gender violence.

I believe things in Pakistan will improve as our direction becomes more anti-jihadi and pro-India, even pro-South Asia, rather than the direction we’ve been going all these years (mostly led by un-elected governments). I believe this will happen. I’ve been working with others at Aman ki Asha to put together an Indo-Pak trade and business meeting (May 18-19 in New Delhi). It gives me hope that so many top businesspeople and CEOs on both sides want to work together and make joint investments.

As for the three random things you’ve listed that Indians believe about Pakistan, it’s funny but if you were to change a few words, that’s pretty much how it sounds here.

* Where are these dossiers of evidence that India keeps saying it has given? What exactly is the ‘evidence’ they contain? Let’s see what’s in them and see if they’re enough to act on (speaking of evidence – India goes on about Hafiz Saeed roaming free, because the Pakistani courts couldn’t find the evidence to punish him. Isn’t that what happened with the two Indian co-accused with Kasab, whom the Indian courts acquitted for lack of evidence?)

*  India indulges in regular unprovoked firing across the border (personally, I’d also like to have the facts – what is and isn’t provoked)

*  The US is soft on India and hypocritical when it comes to the issue of nuclear non-proliferation, it gives India all kinds of deals and support. Pakistan, not India, has been allied with the US all these years and we’re the ones who’ve suffered because of this relationship, particularly in the years since the Afghan ‘jihad’.

Funny, isn’t it? “There is more than one truth” as the Video Journalism Movement says.

Regarding Kasab, I understand the victims’ need for closure and even revenge. But I still think that executing him won’t serve any purpose. For one thing, he’d be far more useful alive than dead. Secondly, dead, he’ll become a martyr, yet another rallying point for extremist forces. Third, you hang him, we’ll hang Sarabjit Singh (Indian sentenced for carrying out bombings in Lahore and Multan that killed 14 people in 1990). Fourth, research shows that executions and extreme punishments do not deter crime. And fifth, do we really want to encourage the culture of revenge?