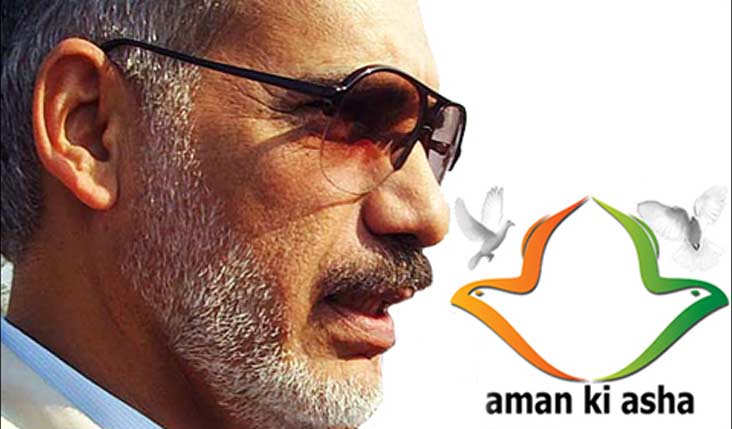 ISLAMABAD: The Indus Waters Treaty 1960 (IWT) is in jeopardy. Pakistan has officially notified to India through a “note verbale” issued by the Foreign Office on April 09 that it is seeking neutral arbitration on the Kishanganga hydroelectric project that India is developing.

Talking to The News, Pakistan’s Indus Water Commissioner Syed Jamat Ali Shah stressed that Pakistan wants solutions not only within but also “beyond the ambit of the treaty.” Pakistan had to declare its formal intention to seek neutral arbitration, “because India has been breaching provisions of the IWT,” said Syed Jamat Ali Shah.

“The Indus Waters Treaty allows India to build dams following treaty specifications. Unfortunately, India is flouting these conditions. Pakistan’s right to raise objections to Indian projects under the Treaty becomes redundant if only information is supplied but no action is taken. The treaty,” he added, “must be followed in letter and spirit.”Having issued the note verbale, Pakistan can approach the World Bank to begin the process of appointing a neutral expert (NE) on the Kishanganga project. The NE must also be acceptable to India.

If Pakistan follows through on neutral arbitration for Kishanganga, it will be only the second time that the arbitration mechanism under Article IX of the IWT is being invoked in the 50 years since the treaty came into force retrospectively on April 01, 1960. The first time related to the Baglihar dispute, arbitrated by the World Bank-appointed Neutral Expert on February 12, 2007. Then too, Pakistan had sought arbitration.

The present move follows an evolving set of recent contentions between India and Pakistan over India’s plans to construct several projects on the Chenab River. “Pakistan would be paying a very high price for India’s move to block Pakistan’s water supply from the Chenab River,” President Zardari asserted in 2008 while speaking before the UN General Assembly in New York. He warned India “not to trade important regional objectives for short-term domestic goals.” His statement raised alarm bells around global capitals and renewed focus on the trans-boundary water issues between India and Pakistan.

Washington plans to engage Pakistan and India to help improve their brewing tensions over water, revealed US Under-Secretary for Democracy and Global Affairs, Maria Otero in a recent statement.

US State Department spokesman Philip J. Crowley later told reporters that the US is “broadening and deepening” its relationship with both New Delhi and Islamabad and would keep encouraging them “to increase their dialogue”.

The first pertains to fears of a nuclear war between the two countries over water. The other is that Pakistan is becoming water-stressed.

The reality is that while nuclear bombs have a tremendous capacity to destroy, large dams are actually worse. Indian Bofors guns or Air force using traditional bombs can target and destroy Pakistan’s two large dams on the rivers Indus and Jhelum. Of course Pakistan can do the same to large dams in India – if destruction on an unimaginable scale is what leaders in the two countries ever go for in a moment of madness.

However, nuclear bombs destroy only one city or area at a time. Billions of cubic metres of water from a burst dam will raze to the ground all that comes in their way till the killer water waves reach the sea. There is actually not much to choose from between the destructive potential of nuclear bombs and bursting dams in these two countries that are among the most thickly populated in the world.

More than nuclear technology, it is the continuity of enmity between Pakistan and India that is the biggest threat to the south Asian sub-continent. The bogey of a nuclear war between the two countries must not come in the way of a sensible understanding of the way forward over our shared water woes. It may not suit the global defence industry and business but we need to have that understanding for an improved water future in India and Pakistan.

The second myth pertains to increasing scarcity of water in Pakistan. Water is a constant in the environment. There is hard data to show that discharges in our rivers continue to follow historic trends. The Indus basin has some of the world’s best data recording and sharing systems in place going back to the 19th century. Daily, weekly, monthly and yearly data sets, undisputed to date, are available to both countries for their planning purposes. In Pakistan, two sources for such data are the (Water and Power Development Authority (Wapda) and the Indus Rivers System Authority (Irsa).

The notion of scarcity arises when population increases are linked to limited water availability. Indian and foreign commentators often refer to the Falkenmark Water Stress Indicators (in use since the mid-1990s) that establish the linkage of these two factors (water and population) during the ongoing crises in Pakistan and India’s trans-boundary water issues governed by the Indus Waters Treaty.

This is not the space to challenge the basis of Prof Falkenmark’s work or the general advantages it affords to the rich western countries in multilateral interactions on water with the developing world. The simple fact of the matter is that Pakistan still uses 93 per cent of its river waters for agriculture and only three percent for direct human consumption, as Dr Manzoor Malik, Director of the Pakistan Council for Research in Water Resources (PCRWR) explains.

Since water is allocated against irrigated land that has not changed in tandem with population statistics, the notion of water stress in the case of Pakistan remains unfounded.

It is, however, imperative that the contentions be urgently addressed for the sake of lasting peace between India and Pakistan. (to be coninued)

[NOTE: This report is part of Aman ki Asha’s ‘Water is Life’ series initiated to discuss and debate the water issue between India and Pakistan in an open, non-emotional manner.]