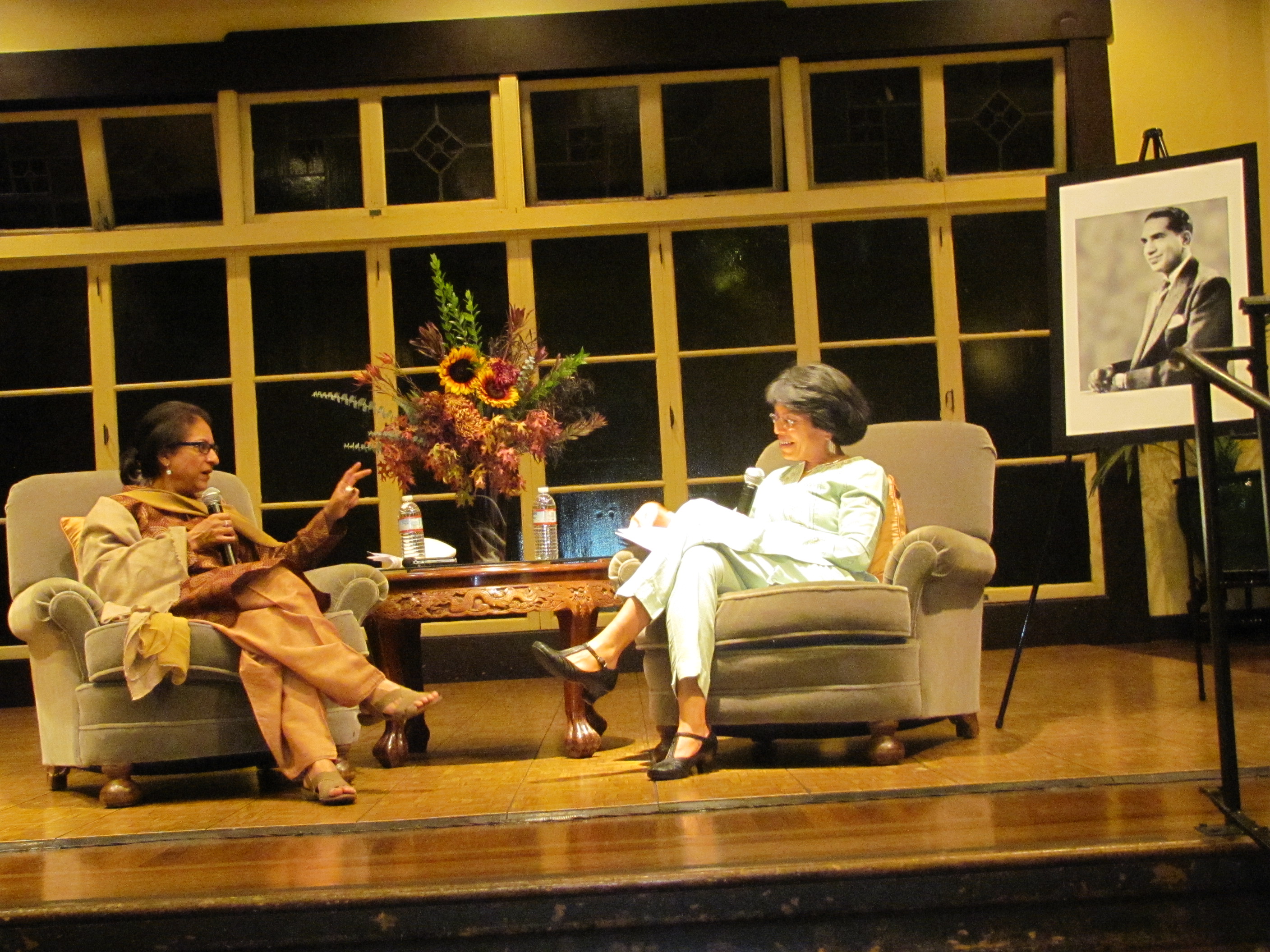 An Indian feminist pays tribute to her close friend and colleague Saba Mahmood from Pakistan who challenged progressive, secular and political certainties about religion and righteous politics

I first encountered Saba Mahmood in the late 1990s when as a postdoctoral scholar she gave a talk I attended. As a progressive Indian feminist, and an assistant professor at Berkeley, my understanding about religion was driven by the events around the destruction of Babri Masjid, and the rise of Bharatiya Janata Party and its attendant organisations.

Equating religiosity with Hindu fundamentalism, I had begun to doubt the Indian government’s claim to be secular. I had also learnt enough about Hindutvavadi women to be particularly suspicious of discussions about religious women.

And here was Saba Mahmood from Pakistan, talking about pious Muslim women with understanding, challenging notions about the pious versus the secular, and about agentic women versus oppressed women. I listened to her speak with an acute sense of discomfort.  Even as I was part of the murmur of dissatisfaction that spread through the room, my eyes were riveted by that taut figure at the podium.

At the start of her career, despite what must have been a considerable level of anxiety, she courageously held her ground. She set an example that day as a Muslim woman from Pakistan, an intellectual hiding her fears behind her convictions as she attacked what were then feminist shibboleths.

This was before Saba arrived at Berkeley as a faculty member (from University of Chicago) in 2004, and before our hours of conversation, debate, and laughter turned us into fast friends. I read her book on which the talk was based as soon as it was published, and for me, there was no going back. This was the watershed Politics of Piety: The Islamic Revival and the Feminist Subject (2005), which challenged forever my progressive secular political certainties and made increasing sense of our world.

It became a staple in my graduate classroom, and for the past decade, my students have considered themselves more challenged and changed by this book than by all others.

Politics of Piety is an ethnographic study of groups of women in Cairo who pursue an understanding of Islam not as a form of worship relegated to specific times of the day or week, but as a practice that permeates every aspect of their lives. Thus, they attend prayer and discussion meetings led by women, they strive in their comportment, their practices, their daily lives, and their clothing, to live a life in accordance with Islamic precepts in a secular world. But, their actions are not, Saba warns, to be understood as tradition reasserting itself over their agency.

This movement could not have come about without fundamental transformations enabled by modernity; for example, the understanding that religious practice is not just a duty of rulers, but of ordinary Muslims. This could have also not come about without higher literacy and social mobility of women who came to lead the movement.

Through Saba’s work we realise that these pious women cannot be thought of as dupes of patriarchal culture. Rather, they are actively engaged in what she called a project of self-making that could really be grasped only within the cultural and ethical parameters of Islam.

Saba challenged the core feminist understandings of agency, which assumed the universal meaning of both agency and freedom. How were we to think of women who debated the Quran, saw veiling as an aspiration, and sought to find the discipline to pray five times a day?

Judith Butler, Saba Mahmood, Wendy Brown at an event in 2017 to celebrate Saba’s work with her students

In the first instance, she reminded us that because of feminism’s politically prescriptive project the concept of agency was conflated with resistance. In other words, an act of reinscribing norms through embodied practices (such as veiling) could never be seen as agency; but an act of resistance, however small, would. In the second instance, she challenged the belief that there is, in all human beings, an innate desire for freedom; at least for a form of freedom understood as personal autonomy.

Her book asked us to take the time to reflect on that which occurred in lifeworlds that were not our own, without feeling compelled to rush to the rescue. Beyond being a challenge to contemporary feminism, Politics of Piety is an anti-imperialist book, which challenges core Western certainties about religion, secularism and righteous politics.

This stance, however, did not mean that she was either apolitical or completely at home with all religious assertions as her detractors suggest. Rather, living in the USA, she felt that she needed to speak to audiences in the West and to its dominant liberal political projects that exert such material and discursive power over the world, in the creation of which her audiences were often wittingly or unwittingly complicit.

Through her writing and her public engagements, she sought to dispel dominant myths about the religious and the secular, and to draw attention to the sometimes fatal consequences of those myths.

Through her single-authored, co-authored, and co-edited books—Religious Difference in a Secular Age: A Minority Report (2015), Is Critique Secular?, Politics of Religious Freedom—and her many articles, Saba Mahmood challenged how issues at the core of the enlightenment project, such as agency, subject formation, freedom and politics, were taken for granted.

Born in Quetta, Pakistan in 1962, Saba worked on Egypt. She had come to the US originally to study, not religion or anthropology, but architecture and urban planning at University of Washington in Seattle. She received her PhD in anthropology from Stanford University in 1998. When asked why she studied Egypt and not Pakistan, Saba said that Pakistan was too close.

In the last few years at Berkeley, however, she worked with the Institute for South Asian Studies and, together with Munis Faruqui, was instrumental in creating the Berkeley Pakistan Studies and Urdu Initiatives to encourage and deepen the study of Urdu and of Pakistan. These initiatives were the first of their kind in the US.

After writing Religious Difference in a Secular Age, she felt ready to work, at last, on Pakistan. She took her first exploratory research trip in 2016, shortly before she received her terminal diagnosis of pancreatic cancer. It is a great loss to the intellectual world of South Asia that she was unable to see that project through to completion.

Saba Mahmood was one of the deepest intellectuals I knew, yet one whose intellect was matched by her ringing peals of laughter, her delight in the perfect summer fruit or the turtles in Tilden Park, her insistence on feeding her family and friends delicious meals (even though she did insist certain dubious foods were delicious because they were good for you).

She loved spending time with friends, discussing with equal intensity their work or hers, their everyday lives, politics in West Asia or in the university, music or poetry, or where the best Japanese food was to be found. Saba loved to watch films at home with her beloved husband Charles and son Nameer. She voraciously devoured world news, derived utmost pleasure from being in nature, and frequently challenged herself with extremes of exercise — which meant that she was able to walk for longer distances even with her cancer than many of us who had no such excuse.

She embraced life with her spirit, her intellect and her heart, and she died with the fierceness and grace that marked her life. She remained at the end the figure I first saw, holding herself up, braced against the knowledge that her life was to be cut short, hiding her terror with courage, not knowing that she was setting an example for us all.

Raka Ray is a sociologist at the University of California at Berkeley. Working on issues of gender in South Asia, her current work is on masculinity and capitalism. This is an abbreviated version of her tribute to Saba Mahmood originally published in the Economic and Political Weekly as ‘Saba Mahmood and the Challenge to Liberal Thought‘

Prisoner repatriation: Include forgotten POWs​ Finding "The Country Without A Post Office"