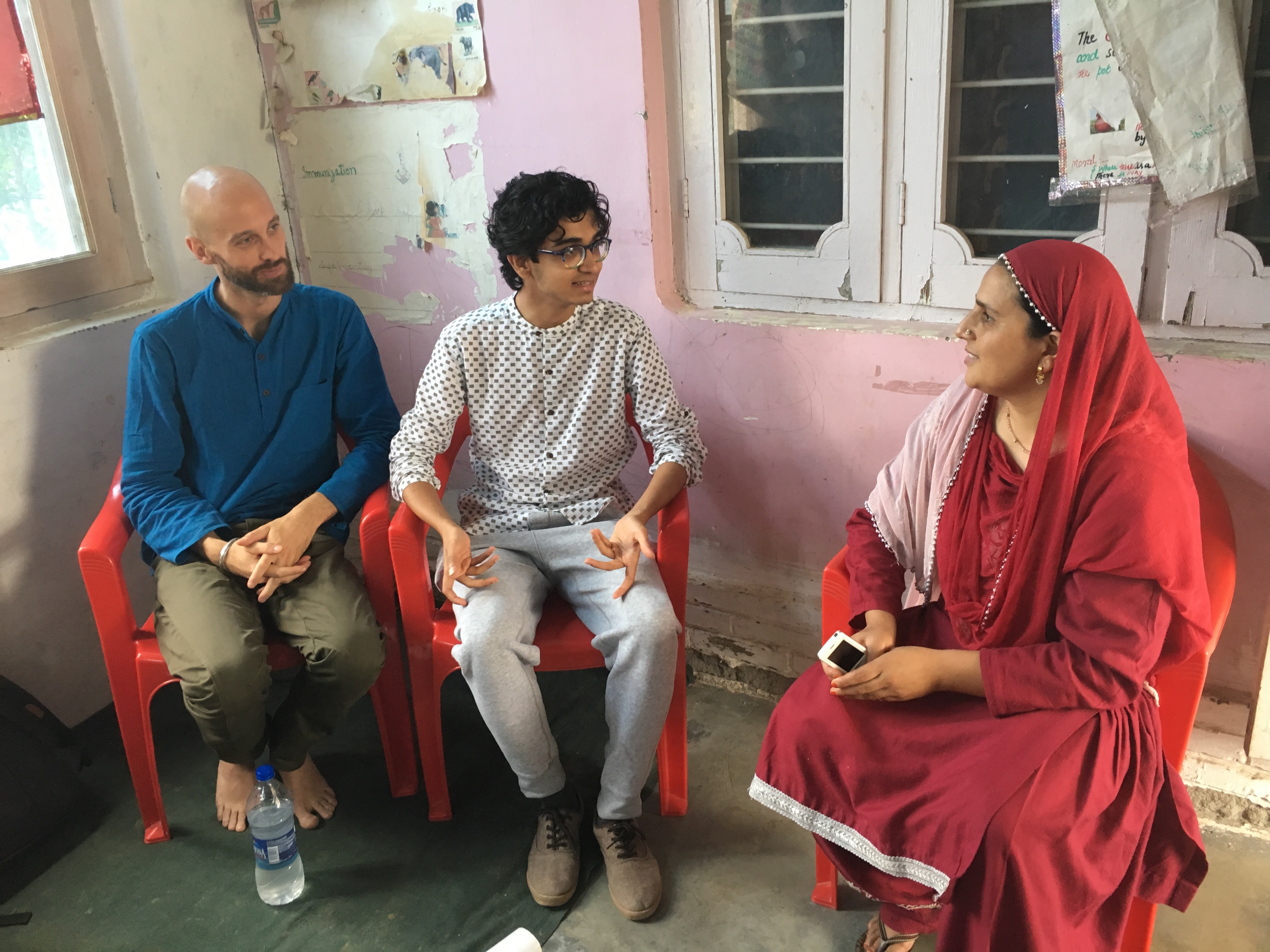 “The dusk here does not arrive on the shoulders of golden
sunsets any more, but on the heels of long, encroaching
shadows of untraceable trees in the distance, gloomy parallel
patterns that cascade over the undulating landscape of
unevenly dispersed corpses and other things.”

— The Collaborator by Mirza Waheed

Waheed’s words resonate across years, cutting across harsh television debates in New Delhi and Islamabad that reduce Kashmir to a piece of land belonging to one of two nations. His Kashmir, the Kashmir of valleys and flowers, has been trapped in an almost farcical nexus of tourism and terrorism that denies person hood to those who live within its fraught boundaries.

Growing up in Bombay, I read Waheed’s work on growing up in Kashmir at the advent of militancy. The book struck a chord: just months earlier, I had vociferously advocated the Indian position at a conference at Aitchison College in Lahore (much to the displeasure of my Pakistani hosts). Reared on the classic nationalist narrative of the turmoil in the valley being the sole result of Pakistani-funded terrorism, Waheed forced me to rethink my perceptions of nationalism and nationality.

That summer, I decided that I had to visit Kashmir.

Attempting to find reasons to visit Srinagar, I approached my editor at the Times of India’s student edition. Having participated in a program that trained student journalists to write for the paper, I was eager to share stories from the valley with young people across India that would force them to rethink and question their own perceptions of Kashmir. My editor hopped on board and, in 2013 as a sixteen-year-old, I caught a flight to Srinagar.

Over the course of 15 days, I visited more than 60 schools in cities, towns, and villages across three districts. I had the privilege of reading essays and short stories by inspiring students who shared narratives of hope and pain, longing and belonging. These stories rarely made it into my email inbox after that trip, however: fears of state persecution, frequent internet bans, and a general atmosphere of unease led to the early termination of that highly ambitious project.

I realized, then, that the real task at hand was not the humanization of conflict in Kashmir in a manner that would be palatable to Indian audiences. The challenge was, instead, the creation of spaces within Kashmir and beyond that would reject narratives of both India and Pakistan in favor of a distinct identity that recognized the importance pluralism, diversity, and nuanced identity.

2017 Dara Shikoh Fellow Ranjini Nair leads a masterclass on the intersections between the poetry of Lal Ded and kuchipudi at the Amar Mahal Museum in Jammu. August 2017.

Three years later, as a student at Columbia University, I founded the Dara Shikoh Fellowship in collaboration with the Dara Shikoh Festival in Srinagar to encourage interdisciplinary creative dialogue around Jammu, Kashmir, and Ladakh.

By bringing artists and academics from across the world to the region, the Fellowship aims to challenge discourses of stagnation that prevent social progress. Egyptian curators working on similarities between Cairo and Srinagar meet painters from Baroda exploring modern renditions of Mughal miniatures while theater wallahs from the School of Oriental and African Studies (SOAS) in London run workshops on masculinity in Jammu – reinvigorating the vibrant cross-cultural influences (from the Afghan to the Greek, from the sufi to the reshi) that have shaped the identity of the region.

As an outsider, my time in Kashmir has allowed me to understand the need to prioritize the voices of those who live the struggles I care about. In New York, a detachment from the petty politics of hatred that structure conversations around Kashmir in South Asia has allowed me to constructively engage with perspectives from both sides of the border while reaffirming the need to reject statist narratives in favor of voices on the ground.

Through five years of sustained engagement with Kashmir, I have had the opportunity to be a part of global conversations challenging dominant discourses around the valley and advocating for the rights of marginalized communities. I have had the privilege of meeting trailblazing activists who are changing the social landscape of the region, tackling difficult topics ranging from the status of mental health to the struggle for LGBTQ+ rights.

There is an urgent need today to listen to the voices of these trailblazers while rejecting traditional notions of nationalism and to de-center conversations around Kashmir from a rigid India-Pakistan binary. We must come together to reclaim what Agha Shahid Ali called “The Country Without a Post Office” and build global solidarities that prevent the unchecked erasure of identities in Shahid’s beloved homeland.

Director of the Dara Shikoh Fellowship, Anish Gawande is studies linguistic politics and identity formations in Francophone West Africa and South Asia at Columbia University. He recently moderated the panel on Kashmir titled Finding “The Country Without A Post Office”, at the Columbia Soch Conference. [email protected].