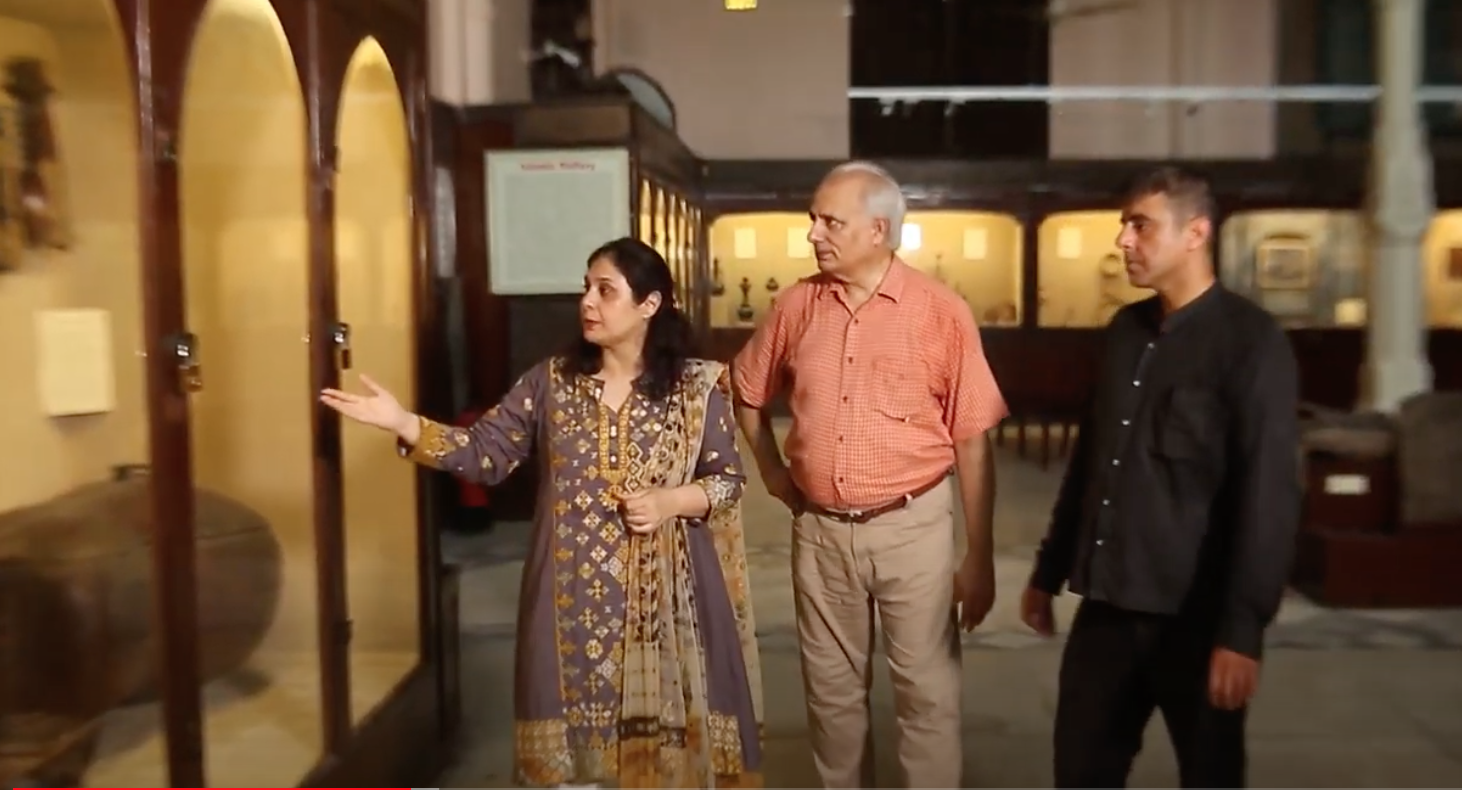 Sumaira Samad, Shahid Nadeem, and Anwar Akhar: A conversation worth eavesdropping on

The first half of 2020 has been lively, turbulent and difficult. Coronavirus has changed our world, no matter whether you’re in India, Pakistan or Britain. And since May, the murder of George Floyd, a 46-year-old Black man, by police in Minnesota, has catalysed global support for the Black Lives Matter movement.

What does this have to do with my documentary film about Pakistan’s best kept secret? Plenty.

The Black Lives Matter movement has led to debates and protests around many deep seated issues that have risen to the surface – or in the case of Bristol slave trader Edward Colston’s statue, sunk to the bottom of the harbour.

Britain must fully address – in our schools, colleges, universities, galleries and museums – what the British Empire was. So much of that story has been airbrushed out of British history, from the scale of slavery to the savagery and theft of the East India Company that laid the foundations for so much of Britain’s wealth and power today.

Like all countries, Britain was built by heroes and villains. For every Emmeline Pankhust and Alan Turing, we also have our Robert Clives and Edward Colstons.

What is in our museums matters. What is and isn’t taught in our schools and universities matters. These issues have attained a new prominence.

For someone involved in British anti-racist activism for 25 years, the scale of change in the last few weeks has at times been breathtaking: statues falling, universities and business schools changing their names. Lloyd’s of London, like many institutions at the heart of British power today, issuing apologies for their involvement in slavery and pledging to invest in social justice and equality schemes for Black British people. We’ll see if their actions live up to their words.

But change is happening. Lenin’s famous words about revolutions not working to fixed timetables, describe events today: “There are decades where nothing happens, and there are weeks where decades happen.”

Many young Britishers of all backgrounds are questioning the nature of the British Empire and notions of ‘belonging’ in a society where issues of race, culture, language and heritage all dominate.

Surely that is to be welcomed. Britain is an island with a global story, a global past, a global heritage, and a former global empire. We should, if I may adapt slightly Oliver Cromwell’s words, view it warts and all.

For many young people – and not just those with South Asian or Afro-Caribbean heritage – part of understanding who they are is to uncover their own history as offspring and descendants of Empire.

But other challenges arise. Competing narratives shroud our views. There is an antagonistic, confrontational nature to some contemporary nations trying to have only one story, one culture, one history, when in reality it’s always plural. This is especially so, in South Asia today.

The internal turmoil within states, coupled with economic, ethnic and religious tensions, adds layers of complexity. Many people are often simply bewildered or angered by or choose to ignore the past. But by studying our histories we can learn from history and avoid past mistakes. So we need books, films and documentaries to keep informing us. We need to study the archives, the literature, the paintings – and yes, to look at the statues.

Which brings me to my documentary Pakistan’s Best Kept Secret: Lahore Museum, made with playwright Shahid Nadeem of Ajoka Theatre. The importance of this film is that it starts us on this journey, showing how everyone in Pakistan, India, Bangladesh, Afghanistan and Britain has a shared history, a shared story.

Our film shows the significance of the Lahore Museum not just in Asia, but also in Britain. Interestingly, its first curator was John Lockwood Kipling, better known as Rudyard’s father. The Museum has a rich, ancient and varied collection, showcasing the historical wealth and religious and cultural plurality of Pakistan – one of the largest Muslim majority countries in the world, but with large indigenous Hindu, Sikh and Christian communities.

Through its magnificent collection we explore stories of ancient cultures: Hindu, Jain, Buddhist, Sikh, Muslim, and those of empire, trade, the East India Company, the contribution of British Indian soldiers in two World Wars, Partition and the creation of Pakistan.

On another level, the film also illuminates “a body of thought, a concept of society, an ecumenical vision and a long view that risks being erased by many forces in the contemporary world”, as veteran writer and educator Dame Marina Warner put it.

Sumaira Samad, then Director of Lahore Museum and Shahid Nadeem’s highly informative discussions about the museum’s extraordinary collection and the history of the region make for compulsive viewing. They also provide insight into life in Pakistan today and the museum’s potential role within the wider social, political, religious and cultural context, as well as its relationship with Britain.

This conversation is, “first and foremost, a pleasure to eavesdrop on”, commented Dr Jim Harris, Ashmolean Museum Oxford, in a review “All three protagonists seem to be having fun, to be enjoying the pursuit of serious questions in an extraordinary context”. He’s right. We were!

This approach of looking at our shared religious and cultural traditions, as well as historic tensions through the ages can bring people together. The Lahore Museum has many stories to tell. Our film can help educate people online, especially now that colleges and universities have been closed by the coronavirus pandemic.

Most important of all – and the sincere wish of all those involved in making this film – is that it can help bridge the gaps and divides, and heal some of the hurt, the animosity and the trust deficits that exist between India and Pakistan. This is essential to prevent another generation in both countries and in their huge diasporas from growing up with sectarian tensions. It shows the way to good relations and peace between us.

Anwar Akhtar is Director of The Samosa culture and journalism project that works to embed diversity in the arts and humanities curriculum, produces media that explores cultural and social issues. He was earlier Director of Rich Mix Centre London and producer of the Mughul history play, Dara. Twitter: @aakhtar

India-Pakistan activists urge both PMs to release each others' fish workers and women prisoners from jails Give peace a chance: India, Pakistan peace activists want their countries to discuss people’s language more than state language