A woman’s ‘dua’ against domestic violence, marital rape in Pakistan echoes in India 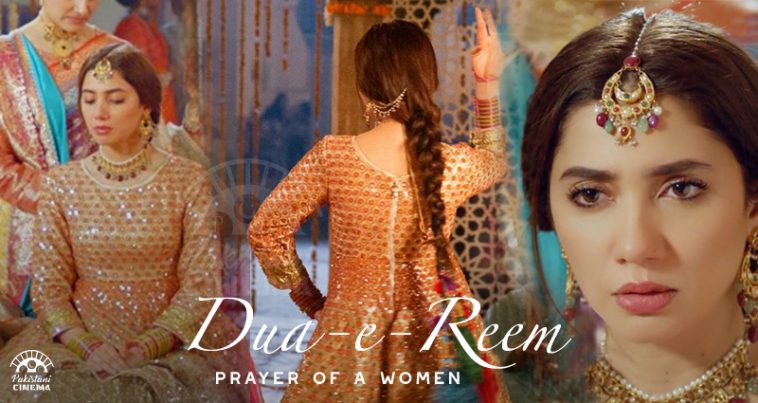 More than a century after Muhammad Iqbal’s immortal Bachche Ki Dua (A Child’s Prayer) became a household nazm in undivided India, a revamped version of it, in the form of a woman’s ‘dua’ (prayer) against domestic violence, marital rape, and for gender equality in marriage, has risen from Pakistan.

Sample this: “Lab pe aati hai dua banke tamanna meri, ghar to unka ho huqumat ho khudaya meri.. Mera eeman ho shoher se mohabbat karna.. na itaa’at, na ghulami, na ibaadat karna.. kisi jhirki, kisi thappar ka bhi sawaal na ho (My wish comes to my lips like a prayer, the house may be his, but let me also rule. My belief should be to love my husband, not total submission, slavery or his worship, no question of a scolding or a slap)”.

This ‘dua’ by a Pakistani bride-to-be has found strong resonance in neighboring India, being shared widely on social media since lockdown began and the accompanying spurt in domestic violence cases. The response in India to the ‘dua’, written and composed by critically acclaimed director Shoaib Mansoor, 67, underlines the similarity of the issues women in the subcontinent continue to face.

The poet-philosopher Iqbal, also known as Allama Iqbal, wrote the original poem in 1902. He also went on to write ‘Saare Jahaan se achha Hindustan hamara’(Taranah-e-Hind), still among the most popular patriotic songs in India. Iqbal, along with Mohammad Ali Jinnah, became the force behind creation of Pakistan but his literary works continue to be admired in the both countries for the modern vision that he infused in traditional Islamic culture and beliefs.

“Lab pe aati hai dua banke tamanna meri… Mera imaan ho shohar ki itaa’at karna, unki soorat ki na seerat ki shikaayat karna. Dhamkiyaan de to tasalli ho ki thappad na pada, parey thappad to karun shukra ki joota na hua… Bibiyon ko nahi bhawey hai bagaavat karna. Muskurana gaaliyan khaake sikhaana mujhko (I pray.. May my faith be to completely submit to my husband. Never complain about his looks or character. I should feel blessed that it wasn’t a slap, if he threatens me. If slapped, I should be thankful it was not a shoe. Rebelling is not what a good woman does. Teach me how to smile even if he abuses me)”.

As they sing, the dulhan (bride) played by Mahira Khan becomes increasingly agitated, and then stops them. “What kind of prayers are you singing for me? It is my dua, I will sing it myself,” she asserts, then launches into her version of the poem, urging her companions to sing along – and think about what she is saying:

(I pray…the house maybe his but I should also rule. My conviction should be to love my husband, not total submission, slavery or his worship. I control the switch to spread darkness and it’s me who turns on the lights. Instead of complaining about him at my parent’s home, I should know how to deal with him on my own. Our love should be such that we should not fear any low, let alone a question of a scolding or a slap),” she sings.

The song released on YouTube by Iqbal’s grandson Yusuf Salahuddin in March this year spread on social media platforms and has received an overwhelmingly positive response from people in India and Pakistan alike although a few predictably accused Mansoor of “teaching disobedience” to Muslim women and “breaking their homes”.

A few responses from the hundreds online:

“This is what we should pray for and teach the women” — Sakshi Parwanda, Delhi.

“My shaadi anthem has just arrived and I love it!” – Maira Najam, Karachi.

“There is nothing more beautiful than a woman determined to rise. Watch it” – Rishabh Singh, Kanpur.

“A powerful message on how a marriage should be” —  Akansha Jain, Indore.

‘No TV channel agreed to play it in Pakistan’

Speaking to The Indian Express over phone, Mansoor said that his ‘dua’ for women is both for India and Pakistan. “We might be two different countries now, par log wahi hain, masley wahi hain (people and issues are same). I knew that women from both countries will be able to relate to it.”

He says that he has tried to touch serious issues such as marital rape, domestic violence, abuse through lyrics. “When the bride says ‘Main agar batti bujhaun ke andhera ho jaye…’ she is referring to physical relationship with her husband. She is saying that her consent and will matters too,” says Mansoor.

About the backlash that he faced from radicals in Pakistan, Mansoor says, “No TV channel agreed to play this on screen so we had no option but to release it online only. They said these lyrics might agitate radicals and they have to face consequences. We are overwhelmed and thankful for the response it has received from India.”

Mansoor, who is credited for introducing Pakistan actors Fawad Khan and Mahira Khan with his films ‘Khuda Kay Liye’ and ‘Bol’, respectively, says, “All my works till now have spoken for women and their rights. I think we, as a society, have never given them the treatment they always deserved. If I connect titles of my three films, it is self-explanatory. ‘Khuda kay liye Bol warna‘ (For God’s Sake, speak up, else…).”

Mansoor said Iqbal’s family members are happy with this revamped ‘dua’. “There is always a backlash when you write something that is not widely accepted. But we have to teach women that they need not return dead from their husband’s house if ill-treated”.

Meanwhile, Qashif Effendi, CEO Reem Rice Mills, who invested in the project, says, “We just provided financial assistance to Mansoor’s vision. We stood behind the project to lend a bold voice for women in Pakistan because it is high time to tell women that they don’t have to worship their husbands but to share mutual love and respect.

“In India they say ‘Pati parmeshwar hai‘ (Husband is the supreme lord) and in Pakistan ‘shohar ki ibaadat karo’ (worship your husband). What’s the difference?”

This piece is published with permission from the writer, Divya Goyal, Principal Correspondent, The Indian Express, Punjab, India; adapted from the original report published 10 June 2020.