A conversation through the drums of war 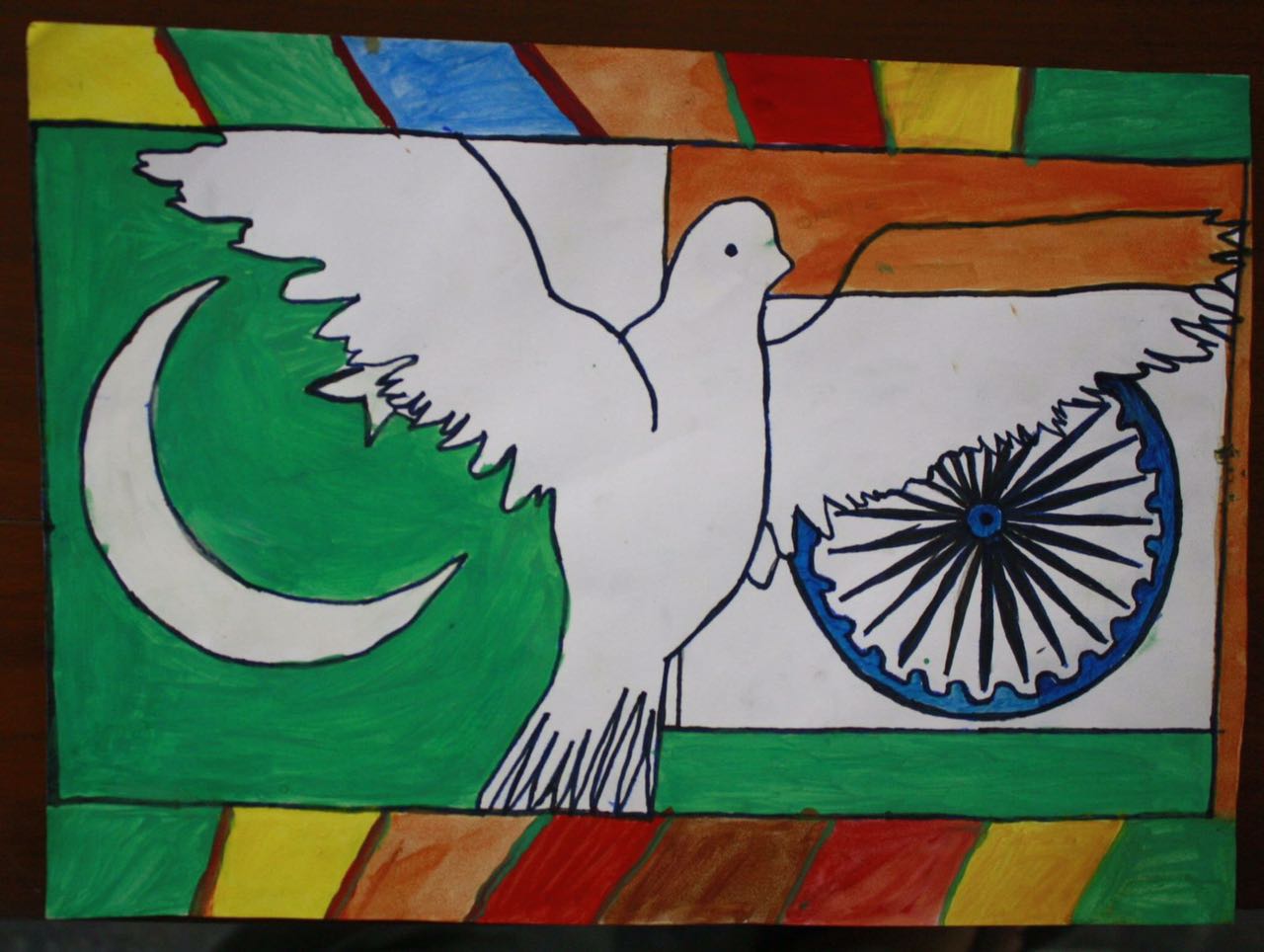 As border tensions and political rhetoric escalate, a Pakistani talks to his Indian college friend

He says “You are not like your brethren,
In you I’ve only known kindness, compassion and humanity,
Because we’ve both picked up sweaty, red bricks that built the houses for the homeless in DC,
And you were the familiar, the family, I found in a land far away,
My only shoulder, when I lost my father in Sophomore year,
Thousands of miles from home, a brother I had lost seventy years in time…”

He says “You are not like your compatriots,
For in you, I’ve seen an angel guard me day and night,
By my blue hospital bedside in New York City,
You paid my bills when you were buried in loans,
And called my parents consoling them,
In a language so sweet, tears of reassurance in their eyes”

He says “You are not like your people,
For we burst into tears with Shahrukh in K3G,
And sang the same tunes playing Antakshiri all night,
And waited for each Coke Studio song every year,
And danced to bhangra at Bollywood Bash,
Our moves mirroring, our bodies in sync,
And spent nights watching cricket together,
Swearing during matches, and hugging after,
Ending each long night with a bus ride at dawn,
Crispy halwa puris on Devon”

He says “You are not like your folks,
For on that night that marked love,
The buses bloodied in red,
A blast so loud, a billion people could hear,
Forty mothers wailing, a deafening sound,
Forty lovers who shall never return home,
Forty families shattered… forever,
Forty seconds later, they claimed this was an attack on ours,
Incontrovertibly, from a land that you call yours,
The calls grew louder, the Twitterati more active,
Revenge, we needed, they told me… respond once and for all,
In that split-second, after a thorough analysis,
We concluded that two hundred million people were to blame,
That cultural exchanges would be unpatriotic,
That Fawad Khan’s chiseled looks would corrupt Bollywood,
That humming to Coke Studio would be blasphemous,
That Atif Aslam’s pehli nazar mein would be Satan’s tune,
And Raahat’s halka halka suroor would hurt our national sentiments,
That cricketers were equally culpable,
And World Cup cricket matches against them would mean we conceded,
To the two hundred million terrorists that are our neighbors,
And that we must block trade and raise tariffs,
At two hundred percent, we must starve your people of tomatoes,
Because as a nation, we stand united,
United this year in April and May,
Because the dead have risen in MP, Rajasthan and Chattisgarh
And If we do not vote with vengeance, fear-mongering and hate, God forbid
We may vote for the wrong political party”

I listen intently,
I see you, I hear you,
And I feel your pain, my pain,
Any biological test would trace those forty,
Closer to my blood than yours,
For in the land that you live in,
My grandfather left a piece of his heart,
And the sand that you tread on,
He held dear till his very last breath…

You say I am not like my brethren,
I am not like my folks,
But what you find in me,
Is what my people are made of,
I wish you could see the red-brick Delhi hospitality in Lahore,
And find the Mumbai busy-ness on the shores of Karachi,
To walk through the forts of history in Peshawar,
And to see for yourself that what used to be ours,
Has now become mine and yours,
And you can draw any lines you want in the sand and on paper,
And no sound bite, no matter how loud it gets, can change the fact,
That those people you call mine, are equally yours…

Sameer Anwar is a management consultant who has lived extensively in cities that advocate for a future where Indians and Pakistanis live side by side in peace: Dubai, DC, New York, Chicago and Toronto.