Frankly my dear, let’s give a damn 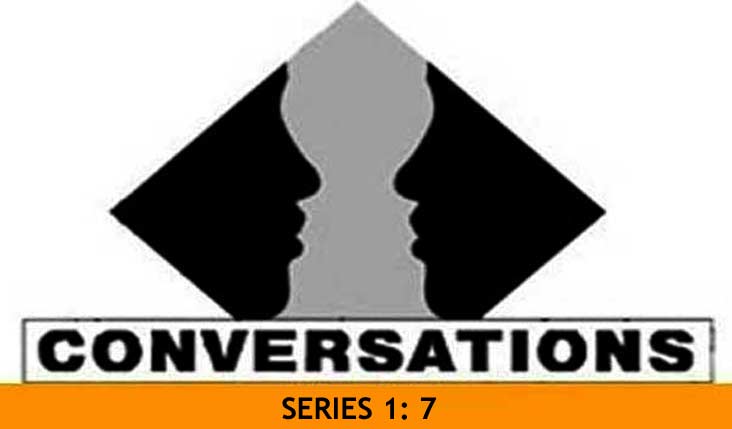 OK, so perhaps we are agreed that we should find a way to take forward the idea of a joint war memorial and/or peace parks on the borders. We should ask about your view that a serving soldier cannot openly support such an idea. I cannot imagine that doing so would be equated to refusing to serve and being called a conscientious objector. Perhaps we can write a letter to senior officers in both our countries, suggesting such memorials, and see where it goes. I’ll draft one and let’s discuss it.

Meanwhile: the trouble about this exchange is, as I’ve alluded to before, is that there are so many trails I’d like to pursue. For now, I’d like to return to one that I think about a lot, that has come up in passing already but I’d like to take it further.

This goes back to a conversation I remember having with a thoughtful Pakistani man over coffee during the conference we both attended in Lahore in 1995. He said something that has stuck in my mind all these years: “I feel so sad urging that Kashmir be allowed to choose if they want to join us. Because I really believe they’d be far better off in India, or even independent, than in Pakistan. But your Government has messed up the situation there so badly that so many Kashmiris don’t want to remain in India!”

What could I say? Like it or not, and I didn’t like it, what really was my defense against this? (Should I have been defending it?)

It’s like this, Beena. A lot of us in India believe that even if we’ve made occasional mistakes, we’ve generally tried to do the right thing in our relationship with Pakistan, in how we’ve approached Kashmir. We believe it is Pakistan that is the villain, that Pakistan has been nefarious in its dealings. So it’s sobering – putting it mildly – to find that Pakistanis think it’s we who have screwed up badly.

What are your thoughts on this? Is this how you view us? Earlier, you told me about Indian attitudes that annoyed you. Can you expand on that and try to explain the general Pakistani perception of India’s approach to our relationship: is it condescending? Bullying? Fair? Self-righteous? What?

And what do you think we Indians will need to change in our approach if we are to find peace?

One final thought about that conversation over coffee in Lahore. While I was left spluttering and annoyed, as time went by I also began to see frankness like that as far more promising of peace than anything else. This was no wishy-washy feel-good stuff, yet nor was it outright hostility. The man’s goodwill was tinged with a hard edge, and that made sense to me. I appreciated it.

Sure, please go ahead and draft a letter about a joint war memorial. I’ll be happy to be proved wrong if serving officers in the Pakistan armed forces at least openly support it. Meanwhile, I’ll contact my friend Anna and the Asiapeace people about the peace park idea and see where it takes us.

I was surprised at your initial response to the Pakistani man’s comment about Kashmir. Surprised because Pakistanis aren”t the only ones who think India has messed up in Kashmir (and other places, but we can go into that another time). Many Indians themselves have courageously investigated and documented the Indian government’s maladministration and suppression of human rights in Kashmir, not to mention the downright abuse perpetrated by the security forces – all the things that add up to the Indian government messing up so badly there, that many Kashmiris want nothing to do with India.

As for Pakistan, well there’s no denying that ‘we’ have messed up too. But then we tend to be more self-critical and less ‘nationalistic’ than our Indian counterparts (perhaps because we have had more of an adversarial relationship with the state in general than Indians).

There are people on both sides who believe they have the ‘theka’ (monopoly) on patriotism, and brand any dissent as treason. It is these people who are the common enemy. The Taliban are just one manifestation of such hyper-nationalist, ‘religious’ ideology – you have your own versions, in the ‘saffron brigade’ that is on the rampage in many parts of the country. But because India has deeper democratic traditions, there are stronger counters to such elements.

Plus, remember Pakistan’s geographical location and its army’s interference in politics over the years, which have led to these elements being treated as ”strategic assets”.

Indians tend to turn a blind eye to these issues and blame Pakistan for the transgressions of a few. Why don’t they see that these policies were made by military regimes that the people of Pakistan had no influence or control over? Why can’t they see the fight the current government is engaged in, having turned away from previous policies at great cost?

India is the bigger country. Shouldn’t it have a larger heart and take the lead in supporting Pakistanis in what I believe is our joint struggle against terrorism? Why doesn’t it reassure Pakistan that India will never harm it? Take the water issue – India is suffering from a water crisis. So is Pakistan. But as the upper riparian, India is in a position of power. Why don’t Indians at least acknowledge the fear in Pakistan, that if India wants, it can block Pakistan”s water with devastating implications for our agriculture, economy and indeed our very lives?