Strains Of Love Across Pakistan-India Border 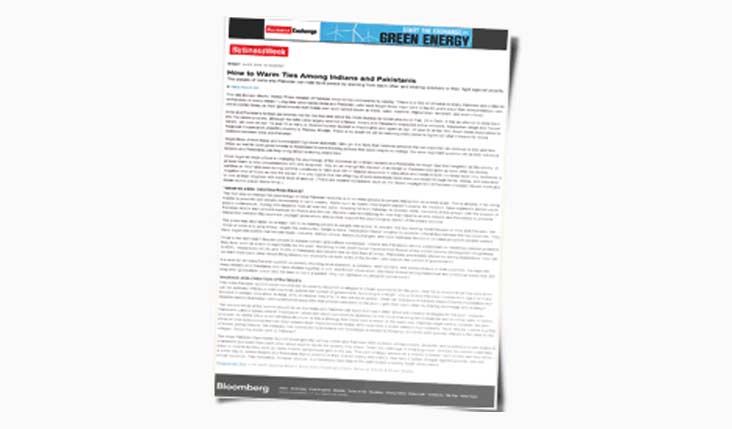 She is Indian. He is Pakistani. Both are young and glamorous sports stars.

But Indian tennis ace Sania Mirza and Pakistani cricket player Shoaib Malik are making headlines off the sports field. They’re getting married, despite six decades of hostility between their nations.

That makes them what’s known in South Asia as a “cross-border” couple, whose romance transcends rival national arguments over disputed Kashmir and religious extremism.

Mirza, who earlier this week confirmed their wedding plans, said the marriage had nothing to do with politics. The young Muslim couple are just getting married, she said, like anyone else.

Mirza, 23, is the first Indian woman to have made the world Top 40 in tennis, reaching No. 27. She has since slipped to 92. Malik, 28, was captain of Pakistan’s cricket team for a couple of years, though at the moment he’s banned after the team went to Australia and lost every major game.

Indians and Pakistanis do marry one another, though it is not common and it is not easy for them. History has left a bitter residue between India and Pakistan. There is still much suspicion and rivalry.

People haven’t forgotten the massive bloodbath of 1947, when Pakistan was carved out of India, nor the three wars that followed between the two nations.

“For me it was a little difficult because my family background was army,” says Masooma Syed, a Pakistani Punjabi from Lahore. A year and a half ago, she married Sumedh Rajendran, an Indian from Kerala in India’s south. The couple lives in India’s capital, New Delhi.

Syed is a Shiite Muslim and a painter. Rajendran is Hindu and a sculptor. He thinks their medium – art – helped bring them together. “It is a platform without any boundaries or religion. … Human can communicate to human,” he says.

But Syed says when she first told her parents about Rajendran, they weren’t too happy.

Her father fought against India in the war of 1971. “My father is retired now, but my brother is still in army so that was, like, a big issue for them,” she says.

She says her parents still have reservations about the marriage and do not speak of it to members of the extended family. “They haven’t fully reconciled, but slowly and slowly, gradually they are fine,” she says. “They want me to be happy wherever I am, and they have spoken to him, and they have found him a very, very good human being.”

At first, she thought her parents were worried by his religion and his Indian nationality. “They have no problem with other religions. They said that it’s mainly, mainly because of the country. Because of this whole history,” she says.

There were no family celebrations of the wedding, and it isn’t discussed with extended family members, Syed says. But she adds that she holds no grudge against her parents and realizes that she cannot suddenly force them to change their thinking.

Syed says her parents are also just plain worried that a political crisis will blow up between India and Pakistan and that their daughter will be cut off from them.

Only 15 months ago, militants sailed into Mumbai from Pakistan and killed more than 160 people. Since then, relations between India and Pakistan have been very frosty.

As the sports stars – Mirza and Malik – prepare for what will surely be a lavish wedding later this month, they can expect many challenges.

Rajendran thinks being celebrities makes their position even harder. “They represent two countries. This is a kind of marrying of two countries. They are carrying a lot of emotions of thousands and thousands of people from both sides. So it has different dimensions,” he says.

His wife agrees, adding that marriage is really about people, not politics, no matter where you live, or what your passport says.

“If two people, they meet and they live and they love, then it means it’s very natural, it happens very naturally,” Syed says. “Then the whole idea of division and pressure and politics and news – I feel it’s a waste of time.”