Friends without Borders: The real story 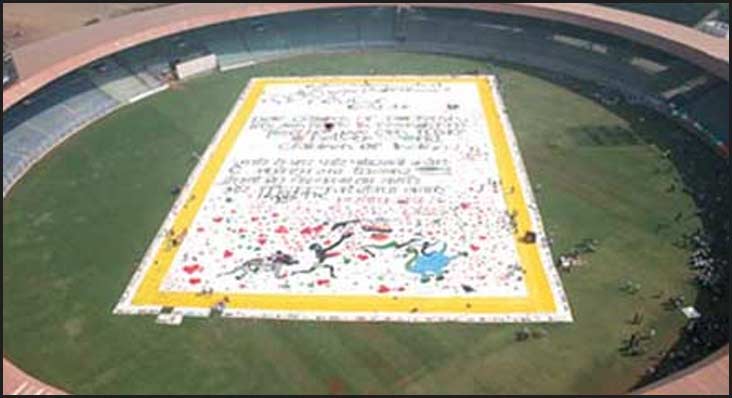 The name of “Friends Without Borders” has resurfaced after Pakistan Tehrik-e-Insaf (PTI) chairman, Imran Khan in his May 11 speech alleged that Geo TV and Jang Group were imposing a foreign agenda on Pakistan. Mr Khan indirectly alleged that Aman ki Asha, a peace initiative launched by Jang Group in conjunction with the Times of India in 2010, was receiving massive funding from Western and Indian donors.

These allegations had first surfaced in 2013, in a media commission report by Pakistan Electronic Media Regulatory Authority (PEMRA) which mentioned that Aman ki Asha was being funded by “a Norwegian NGO, Friends Without Borders” and that “the footprints of this funding led to Indian sponsors, including state television Doordarshan”.

Later, however, PEMRA backtracked and apologised before the Supreme Court of Pakistan when television anchors like Hamid Mir and Absar Alam raised the matter.

When I first read heard about these allegations, I could only laugh at their naivety, since I know Friends Without Borders well. It is neither a Norwegian NGO nor by any stretch of imagination has it ever been in a position to provide foreign funding to any organisation or group anywhere in the world.

When I met John Silliphant and Yoo-Mi Lee, two of the co-founders of Friends Without Borders in April/May 2006 at the University of California, Berkeley, USA, they had just returned after having launched this initiative, quite by chance, in India and Pakistan. It is now no longer active. I interviewed them in 2012 for my PhD thesis on People-to-People Contacts between India and Pakistan.

John and Yoo-Mi, along with Mark Jacobs, Maria Durana and Mark Peters, are American citizens. These five ran FWB along with thousands of Indian and Pakistani volunteers who joined them in different activities for some time.

I wonder on what grounds Friends Without Borders is being termed as a Norwegian NGO when none of its members belonged to Norway, or how it is alleged to fund Aman ki Asha when its last activity took place in 2007.

The story of Friends Without Borders starts with John Silliphant and Mark Peters, two inspired American individuals, landing Ahmedabad in Gujarat, India in 2005 to work with poor Indian villagers on the issue of sanitation. At one point, as their Indian visas expired and they were required to visit Pakistan to get the visas extended.

That is when they got the idea of collecting letters, greetings and posters from Indian to take to Pakistani students across the border, and to continue the process by bringing back letters and cards from Pakistani students to India on their return.

Three other volunteers, Yoo-Mi, Mark, and Maria later joined them to enhance this campaign. This ultimately led to the creation of Friends Without Borders. Thousands of volunteers joined them, and they received massive media coverage in India.

Friends Without Borders was essentially a five-member group, which cannot really be termed an NGO as it had no office or funding resources of its own. In fact, they themselves needed financial and volunteer support from NGOs, media and other sources in India and Pakistan for their activities.

Most of the FWB activity took place in India, where these volunteers visited several schools in cities like Ahmedabad, Mumbai and Bangalore. They also organised mega letter-writing events at venues like the M. Chinnaswamy cricket stadium in Bangalore, the Wankhede stadium in Mumbai and Gandhi Sabarmati Ashram, New Delhi.

In the process, they collected about 11,000 letters and put together “the world’s largest love letter” (360×240 feet) addressed by Indian schoolchildren to children in Pakistan. The text of the letter, written in Urdu, English and Hindi, reads:

Let’s join hearts in friendship. Together we can make a better world.

-The Children of India

On April 4, 2006, some of the FWB volunteers crossed the Wagah border to deliver Indian students’ letters to their counterparts in Pakistani schools. They were seen off by hundreds of cheering schoolchildren at Wagah. The same day a mega response letter writing ceremony was held at Gadaffi Stadium, Lahore, attended by thousands of school children from Lahore and surrounding areas.

These events attracted large crowds and massive publicity in the media in both India and Pakistan. The Friends Without Borders website includes links to these reports, published in leading newspapers of India and Pakistan http://www.friendswithoutborders.org/press.html.

Another major activity planned was the Dil se Dil (heart to heart) concert at midnight on August 14-15, 2007 at Wagah border to celebrate the joint Independence Days of India and Pakistan. Many renowned celebrities from film, music and politics on both sides had agreed to participate in this event. FWB volunteers were in touch with the highest-level government officials on both sides of the border regarding the nitty-gritty details of this event. But, John Silliphant told me, at the last minute, both governments in Islamabad and New Delhi pulled out citing security concerns. This compelled FWB to cancel the event. They have not organised any other event since then.

I believe that the significance of Friends Without Borders in the context of Aman Ki Asha mainly lies in the fact that this initiative showed how the electronic and print media in India and Pakistan could be used on a major scale to promote peace. Secondly, the Times of India and Jang/Geo were media sponsors and gave their activities coverage, as did several other media outlets in India and Pakistan.

When I interviewed John and Yoo-Mi for my PhD thesis, they told me they did not know any prominent name in the Jang Group. However, they said they knew some people in The Times of India. The Aman ki Asha editor, Jang Group, Beena Sarwar, was also unaware about Friends Without Borders.

I cannot say anything with authority about various allegations now being leveled at Jang Group from different directions but I believe it is my ethical responsibility to share the relevant facts regarding Friends Without Borders that I learnt during the course of my research.

I know these are testing times for the Jang Group and Aman ki Asha but this also shows they were doing something really meaningful which has irked their detractors so much. They are being blamed for setting national agenda on foreign funding. I ask what can be the agenda of Aman ki Asha other than forging peace between the people of India and Pakistan? If forging peace between people of India and Pakistan is a crime, then Jang and Geo are really ghaddars (traitors).

The writer is a faculty member at Quaid-i-Azam University Islamabad, currently pursuing PhD on People-to-People Contacts between India and Pakistan at the Peace Studies department, University of Bradford, UK. Email: [email protected]

"As brothers, we must aim to be good friends, even if it's difficult" At Ziauddin Hospital, healing touch from India a click away