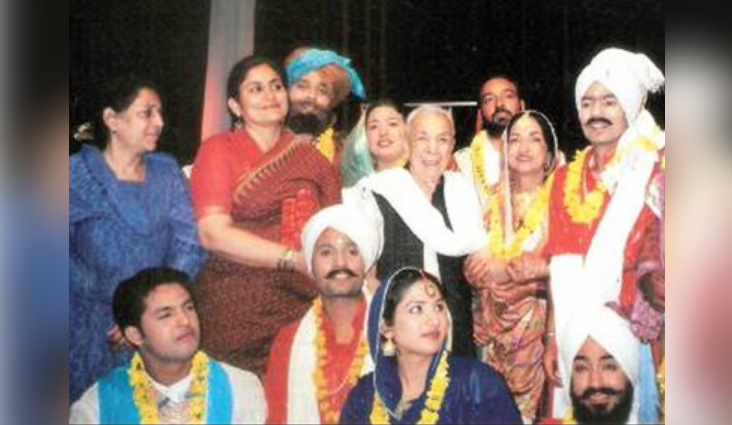 BATHINDA: Renowned Pakistani playwright and peace activist Madeeha Gauhar died after a prolonged battle with cancer in Lahore on April. She was 62. Known for her commitment to theatre for social change and promoting peace between Pakistan and India, she regularly collaborated with Indian artists.

Saddened by her demise, theatre actors and playwrights in India claimed he departure will cause an irreparable loss to peace initiatives and the theatre movement, which is one of the few bridges between the two neighbouring countries. Recalling her love for India, they said that she had joined hands with Indian playwrights to hold joint a theatre festival – Panj Paani, held in Amritsar and Lahore for some years.

When her play ‘Burqa Vaganza’, against sexual discrimination in Pakistan, was banned after a couple of performances in Lahore in 2007, Madeeha announced she would stage it in Islamabad and dared the military regime to arrest her. The play was translated into many languages, including English, remembers Amritsar-based playwright Kewal Dhaliwal, who had a long association with Madeeha and thought of her like his sister. Her play was termed ‘theatre against Taliban’, he said.

An MA in English literature, Madeeha was among the founders of Ajoka, envisioned as an alternate theatre group in 1984. However, she developed differences with some members of the group who wanted to stage plays only in Punjabi while Madeeha wanted to use Urdu as well. She formed another theatre group Rehas with some young people in 1986 but that did not last long.

Through Ajoka, Madeeha staged popular plays like ‘Bulla’ and ‘Mera Rang de Basanti Chola’. “Despite my differences with her on the issue of language, I always admired her plays and feel her demise is a big loss to alternative theatre in Pakistan,” noted playwright Lakht Pasha told TOI.

Dhaliwal, who first met Madeeha nearly 25 years ago, said, “She always saw theatre as the biggest medium to reach the people and play a role in softening differences between the neighbouring countries. She prevailed upon playwrights in India, including me, to collaborate and jointly hold shows. We had jointly directed plays ‘Peero Preman’ and ‘Kabira Khara Bazaar’ and many more. She used to visit us more often and stay here in June. Last time when she visited India in 2017, we took her to visit the Partition Museum. On seeing the museum, Madeeha was so emotional that we planned to jointly document scars of the biggest migration in world history,” he said.

At the museum, Madeeha was in tears after learning about the plight of lakhs of people uprooted from their homes in 1947. Deeply moved by the misery of people, she was planning a joint festival ’70 years of Partition’, which Indian playwrights now plan to dedicate to her.

Cultural wing convener of Desh Bhagat Yaadgar Committee Amolak Singh said, “Artists and playwrights will always remember her as a daring person, who spoke on social issues through theatre.”

Neel Kamal is a journalist with Times of India, writing about Bathinda and surrounding districts.