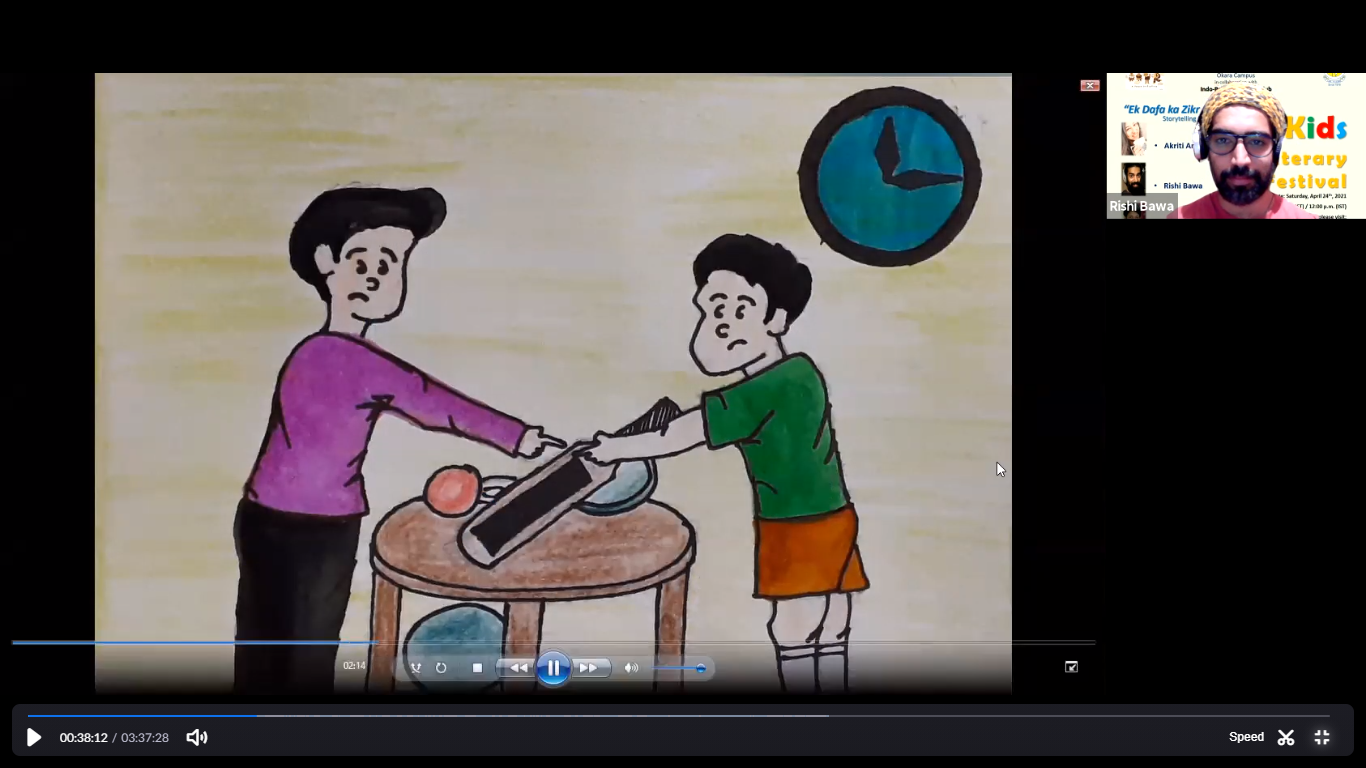 Rishi Bawa: A tale of two brothers and their mischief.

How wonderful it is to see people from India and Pakistan sharing stories and relishing poetry together, as they did at a virtual Kids Lit Fest recently. The event took place in April but stays with me for its refreshing interactions between people from both sides.

The interactions were marked by a total absence of heated political discussions or ripping each other apart while combing the sub-continent’s history of border skirmishes. Instead, they showered each other with love and expressed happiness, generating an incredible feeling of goodwill and affability.

When the Indo-Pak Book Lovers Club and a school in Pakistan joined hands to organize a literary fest “Story Time Across the Borderline” for children from both sides of the border, it set aflutter hopes and ideas which optimistic peace supporters have cherished for years.

Just the will to get together and to live the moment pushed aside any apprehensions about the joint venture.

If teleportation was an option during the live-streamed session, many from India and Pakistan might have opted for it to see what the other country looks like away from the all-too-often biased lens of media reports.

It is incredible how those who clamour for bridges not walls, those who try to find ways to bond over stories and songs, continue to carry on undeterred by the politics of hatred.

Puppet shows, poetry and storytelling at the session were capped by a discussion between two well-known literary names, Nina Sabnani in India and Rumana Husain in Pakistan.

The event was like a beautiful boat of sweetness afloat in a sea poisoned by the venom of warmongers over the years. Comments from viewers indicated that peace is the remedy to heal the wounds left by the years of hostility.

As a school girl in Karachi, I had read a story about Qaffal Shashi, the scholar from Tashkent who as a child once observed how drops of water dripping on a stone over a long period of time created a dent in it.

The coming together of literature-lovers and those working with children from both sides, their efforts to bridge the gap, is that “drop” of water. If allowed to keep falling, it must eventually wear away the stone of animosity.

Shazman Shariff is a freelance writer based in Bangalore. Email: [email protected]