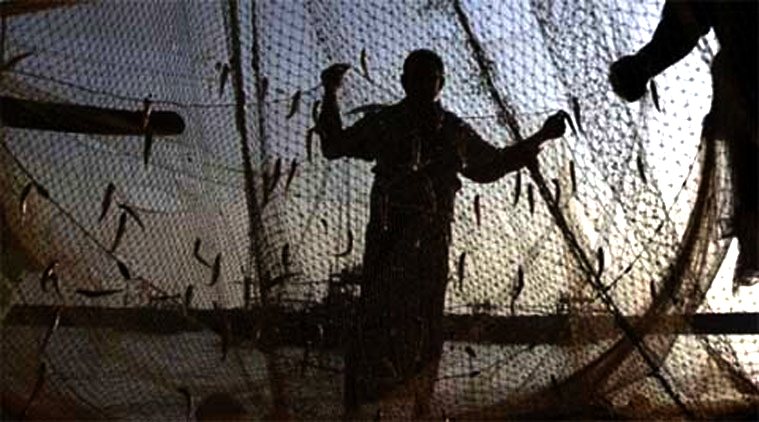 After the Indian Coast Guard released two rescued Pakistani marines on Tuesday following an accident at sea, the Pakistan Marine Security Agency reciprocated by releasing 63 Indian fishermen along with their boats.

The Pakistan Marine Security Agency (PMSA) released the fishermen after the Indian Coast Guard (ICG) and Navy handed over two rescued Pakistani commandos and bodies of four others, drowned when their boat collided with the Indian fishing boat ‘Mahenoor’, off Jakhau coast on Sunday night.

ortedly took place on the morning of Sunday, April 9, 2017, after a fleet of PMSA boats had between Saturday and Sunday rounded up seven Indian fishing boats. While escorting the Indian fishermen and boats to the Karachi coast, one of the Indian boats broke down resulting in a collision with one of PMSA’s small fast boats. The PMSA boat with six Pakistan marine commandos capsized, leading to the drownings.

At about 10:20 am on Monday, Indian fishing trawler Dhanshree Chamunda informed Coast Guard ship Samrat that they had rescued two men suspected of being Pakistanis. The Coast Guard took custody of the two survivors and gave medical treatment to one whose condition had deteriorated due to prolonged exposure to seawater.

Meanwhile, ICG had issued an alert to the Gujarat marine police regarding the Pakistani marines who went missing after the PMSA boat, with six on board, capsized. Pakistan also deployed two naval ships including a fixed wing aircraft to undertake a search and rescue operation on its side.

ICG ships recovered the bodies of the four men who had drowned and handed over both the rescued personnel and the four dead bodies on Wednesday to a Pakistan Naval Ship.

Hours later, the PMSA released 63 Indian fishermen mid-sea along with their fishing boats.

Pakistani and Indian seamen together after the rescue

Both countries routinely arrest each others’ fishermen every fishing season for violation of their territorial waters. The detained fishermen spend years in jails across the border before being released and sent home. Pakistan had released 439 fishermen in two batches in December and January this year, but on April 4, apprehended 65 more Indian fishermen with their vessels.

Welcoming the recent gesture by agencies of both the countries, Jatin Desai, general secretary of Pakistan India People’s Forum for Peace and Democracy (PIPFPD), termed it a very encouraging sign. “This shows that there is goodwill between people and authorities of the both the countries”.

Human rights and peace groups like PIPFPD have long been calling for India and Pakistan to follow a no-arrest policy in case of violation of the maritime border.