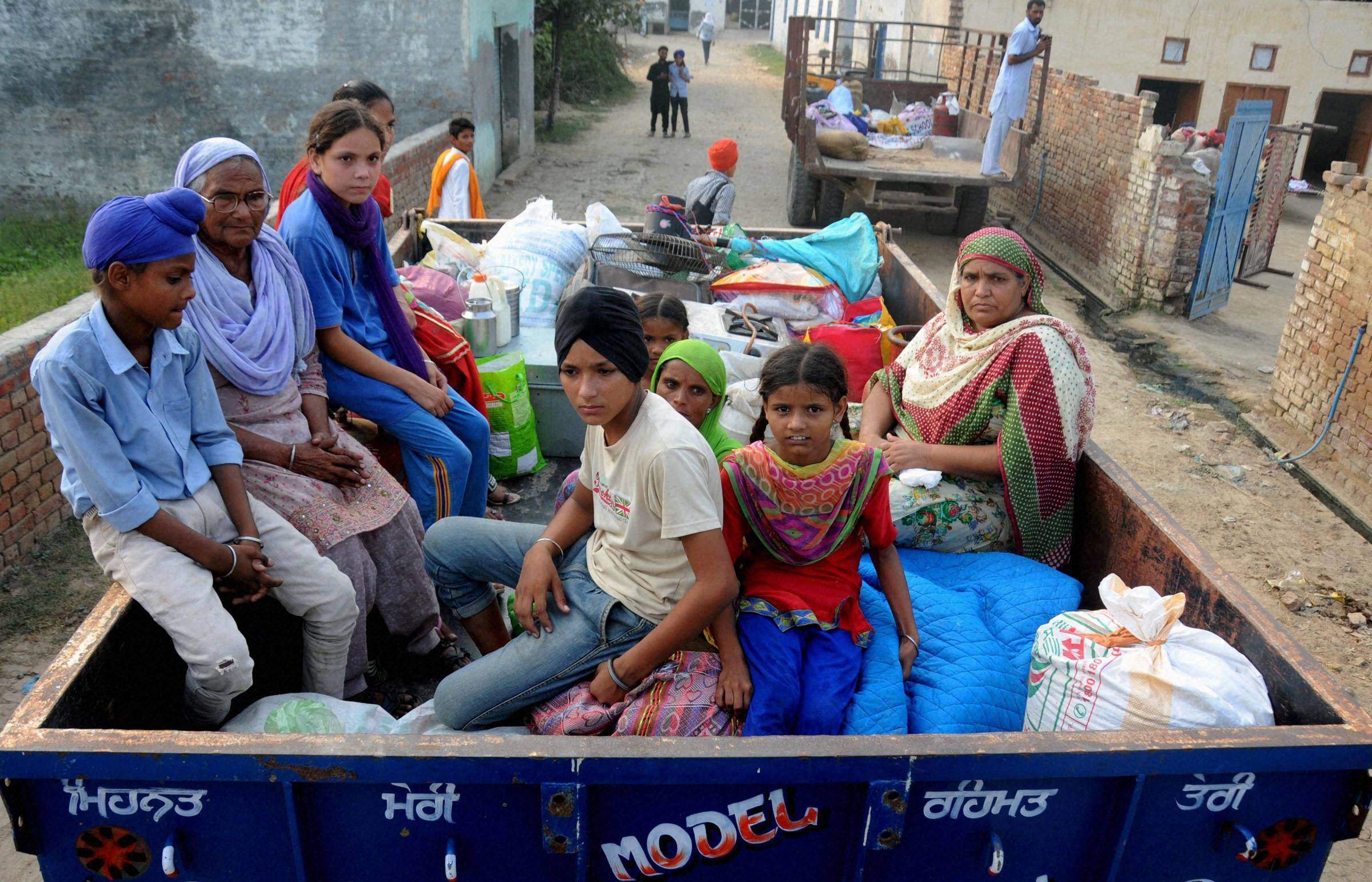 Locals along the Indo-Pak border in Kashmir vacate their village. Photo: PTI

Expressing concern over increased incidents of ceasefire violations between India and Pakistan across Line of Control, the youth group Aaghaz-e-Dosti has in a statement appreciated the 2003 ceasefire that was arrived at through dialogue, and stated they have high hopes that the current governments can also arrive at this point – through leadership in both governments, diplomatic missions and armed forces.

”We believe that governments of the two countries are capable enough to engage in dialogue with each other” says the youth-led voluntary initiative for Indo-Pak Friendship, Aaghaz-e-Dosti (Beginning of friendship), appealing to both governments to reduce the violations and cross border firings and stop them completely.

The cross-border firing is leading to a tragic loss of lives of soldiers and civilians on both sides, causing great pain and suffering, say the youth. They urge both countries to go beyond glorification of war and take steps towards dialogue, negotiation and diplomatic steps in order to stop the loss of lives on both sides.

The youth draw attention to the affected people who live in the border areas, where even children have been killed after being trapped in the firing, and houses have been damaged.

The meeting of the national security advisors gave some hope though positive results are still awaited, says the group, appealing to India and Pakistan to resume the DGMOs’ meeting and to remove heavy arms and ammunition from front lines on either side “as its immediate availability and use would only result in more casualties”.

The youth group reiterates its commitment towards fostering people to people relations.

Stressing their “ideology of peace and love” the group also expresses their deep distress over the disappearance of their member Raza Khan in Pakistan. “However our hope still remains with the Government of Pakistan as we feel that Government would do its best efforts to protect peace workers”.

They reaffirm their commitment to peace, pledging to continue their work without fear. They end by expressing their confidence that leaders on both sides will hear their voice — “voice of youth, who are in majority in both countries” – and take effective steps to promote humanity with the vision of long lasting better relations. This would save many lives “from both sides and will be a real service to people”.