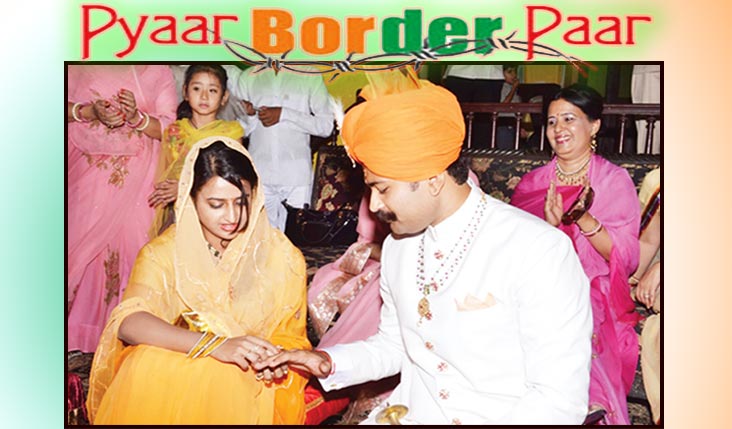 Jaisalmer/Jaipur/Bikaner: Scions of two prominent Rajput families from India and Pakistan will tie the knot in Jaipur on Friday.

The rare cross-border matrimonial alliance has attracted much media focus even as the bilateral ties between the two countries have suddenly starting looking up.

The Sodha Rajput family of groom Karni Singh boasts of an impressive legacy. Had it not been for the family, Akbar could perhaps have never become the rebuilder of one of the greatest – Mughal — empires in the world.

The family had given refuge to Akbar’s father, Hamayun, and his pregnant wife in Amarkot (now Umerkot in Pakistan’s Sindh province) as he fled to the desert region after his loss to Sher Shah Suri in 1540.

It stayed back in Pakistan in 1947 and

has been one of the leading political families in the country with much influence in the country’s Hindu-dominated Tharparkar region adjoining Rajasthan.

Padmini said she was initially skeptical about marrying a Pakistani. “It is an arranged marriage and a girl takes time to acquaint herself with her in-laws and husband.’’

She said she would stay in India until her visa is cleared. “I will settle with my husband at Umerkot in Pakistan after I get visa.’’

The Sodha family has long got into matrimonial alliances in Rajasthan as they are the only Hindu Rajput clan in Pakistan.

Rajputs are forbidden from marrying within their clans while majority of Hindus in Pakistan belong to lower castes.

Karni’s father, Hamir Singh, who is a Pakistan People’s Party (PPP) politician and married to an Indian as well, said the wedding was not unusual.

“We have marital ties with Rajput families from Rajasthan. There cannot be a better way to bridge the gulf between the two countries.’’ Several relatives of Padmini are married into Sodha family.

Karni’s grandfather, Rana Chandra Singh (1931–2009), was a founding member of the PPP and a federal minister.

Hamir Singh, who now heads the Sodha family that owns the famous Umerkot Fort where Akbar was born, called harassment of Hindus in Pakistan bit overhyped.

“We have fought for the minority rights and governments in Pakistan have shown desired sensitivity,’’ he told TOI at a pre-wedding function at Jaipur’s Narain Niwas Palace heritage hotel on Thursday.

Padmini’s maternal uncles and aunts hosted the function, where they blessed and offered gifts to her besides welcoming the groom’s family in traditional Rajasthani style.

Women wore lehariya sari and lehengas, while men colourful safas. The guests were excited about the cross-border wedding, for which over 300 baraatis have arrived in India.

They received a grand welcome at the Munabao railway station in presence of a large number of security and intelligence personnel while a shehnai and a band played in the background.