Why a Sena attack on Najam Sethi is ironic 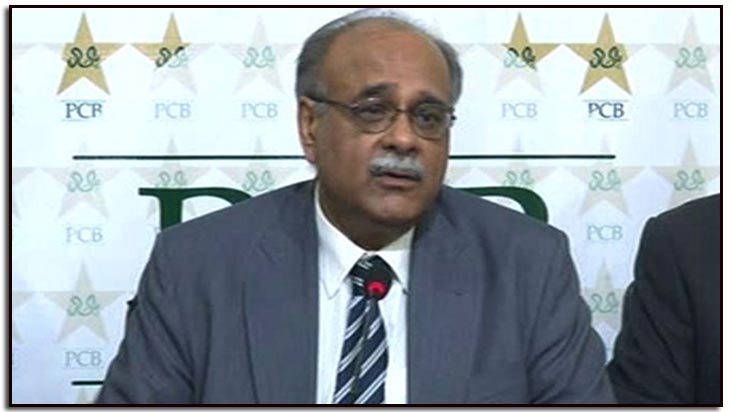 Ashamed as we are for what the Shiv Sena mob subjected you to last Monday, my concern here is not for the IndoPak series. You had emailed us in anguish that evening: “I am holed up in a hotel with a police posse guarding the room. My sense is that the Sena will create problems for Pakistani participants at your litfest considering how they dealt with Khurshid Kasuri and now us from the PCB. I think we should be allowed to pull out.”

No, Janab Sethi, Enslaving Expression is the very theme of this December’s The Times of India’s Litfest, Mumbai, and it will be a travesty if one of the strongest voices against it chooses the soft option of silence. If we ourselves can’t prevent brute forces from shackling inconvenient truths.

When we chose this theme we knew what we were up against – and it has worsened by the day. But we have marshalled an impressive phalanx of Indian and international speakers – and performers – who have courageously safeguarded all forms of expression.

Last Monday, you came here wearing your cricket hat, and predictably got hit with the pickaxe that digs up pitches on some skewed notion of patriotism (truly “the last refuge of a scoundrel” as Samuel Johnson perspicaciously pronounced in 1775). But it would belong to the genre of absurd theatre if Najam Sethi the courageous journalist were to be run out of Mumbai’s must-attend litfest by the city’s self-anointed custodians of India’s honour

Deafened by their own jingoistic cacophony, blinded like Milton’s Lucifer by “obdurate” hate, it may be futile to inform them that your voice is so relevant to this year’s theme because you have been such an outspoken critic of the powerful lobbies in Pakistan – the Sena’s much-whipped-up bogey. In your own Friday Times, plus on TV and Twitter you constantly point out why India is a “stable functioning democracy” and Pakistan isn’t. You have been unsparing of not just the two guiding As, Allah and the Army, but also “autocratic, dictatorial Mr Bhutto”

In 1999, after being interviewed for a BBC show aimed at exposing corruption in the first Nawaz Sharif government, you were forcibly taken from your Lahore home by armed officers of the Punjab Police, and kept incommunicado at a detention centre without being charged. Amnesty International, the US-based Committee to Protect Journalists and the World Bank protested. It took the Supreme Court of Pakistan to order your release.

In 2008, undeterred by the Taliban’s death threats, you continued condemning religious fundamentalism in your editorials.

At our litfest, we will be prepared to handle anyone who tries to shout down responsible free expression; everything in your record tells us that you have always been equally ready, willing and able. Which is why we still hope to see you in December.

Bachi Karkaria’s column Erratica and its cheeky sign-off character, Alec Smart, which began in 1994 in the Metropolis on Saturday, now appears on the Edit Page of the Times of India every Thursday. She also writes Giving Gyan –shooting-from-the-lip advice column to the lovelorn and otherwise torn — in the Mumbai Mirror, and its fellow publications in other cities.

"I fully support peace between India and Pakistan" A plea for peace: Climb high, rather than dig​ deep