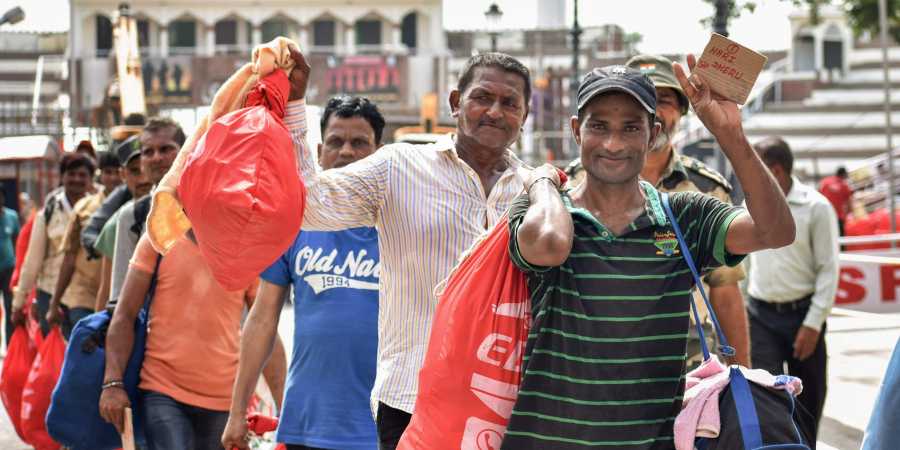 On Tuesday, August 7, India released 14 Pakistani fishermen who had been captured in India’s territorial waters around three years ago. On Sunday, Pakistan released 30 Indian prisoners, including 26 fishermen from Karachi prison, and on Monday India repatriated seven Pakistan civilian prisoners.

Peace and human rights activists have welcomed these prisoner releases ahead of the Independence days coming up and the swearing in of Pakistan’s new Imran Khan-led government.

In 2018 so far, Pakistan has released 178 Indian prisoners, including 174 fishermen. The recent release of the Indian prisoners “is a humanitarian gesture to mark Pakistan’s Independence Day on August 14,” said Foreign Office Spokesperson Mohammad Faisal in a statement.

A tweet from the official Twitter handle of the Government of Pakistan also termed the move as a “goodwill gesture.

#Pakistan releases 26 Indian fishermen from Karachi prison as a goodwill gesture, these fishermen will be handed over to #Indian authorities at Wahgah Border tomorrow. pic.twitter.com/GGFtdVvv8z

The Indian fishermen were shifted to Cantt Railway Station from Karachi’s Malir jail to be taken to Lahore and handed over to Indian border officials at Wagah border.

A bilateral agreement on consular access signed in May 2008 enjoins both countries to exchange lists of each other’s prisoners twice a year – on January 1 and July 1.

On July 18, Pakistan provided India a list of Indian prisoners, 53 civilians and 418 fishermen, in its custody, while India gave Pakistan a list of Pakistani prisoners, 249 civilian and 108 fishermen, lodged in Indian jails.

Some prisoners are still awaiting confirmation of their nationality.

In March this year, India and Pakistan agreed to revive the Joint Judicial Committee which looks into the issues of fishermen and prisoners in each other’s custody. Since Pakistan has yet to name the members of the Judicial Committee on its side, no visits have taken place.

Pakistan and India frequently arrest fishermen as there is no clear demarcation of the maritime border in the Arabian Sea and the fishermen do not have boats equipped with the technology to know their precise location.

Cumbersome bureaucratic and legal procedures mean that the fishermen often remain in jail for months if not years, even though they may also periodically be set free as goodwill gesture.

Non-governmental organisations and human rights activists in both India and Pakistan have long been raising the issue, pressing their governments to release the arrested fishermen without delay, as well as return their boats.

— aka, compiled from media sources including PTI and UNI.