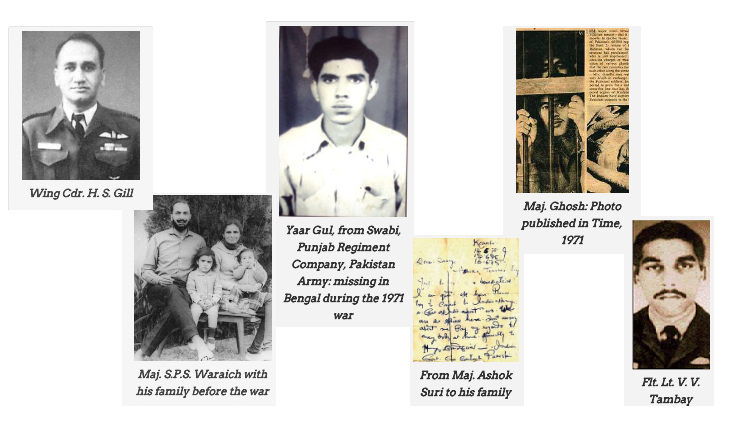 It is good news that India and Pakistan plan to repatriate prisoners from each other’s countries. Those being considered for this leniency are civilians — minors, women, seniors over 70 years of age, and the mentally infirm.

Both countries have  also agreed to send a team of doctors to evaluate the mental condition of the detainees.

On humanitarian grounds I appeal to both countries to release all prisoners above 70 years of age, including those who are not civilians. These prisoners, if alive, are all at the end of their lives. It is high time to get them back home to spend their remaining  years with their near and dear ones. Let us remember that India returned 96,000 Pakistani prisoners of war (POWs) taken during the 1971 Bangladesh liberation war.

I sincerely believe that the time is right for three crucial points raised below:

1. It is high time to drop the word ‘civilians’ for the over-70 age group of prisoners and request the return of the missing defence personnel from either side.

2.It is possible that the elderly, especially the mentally infirm, are not able to be identified or may be reluctant to be identified for whatsoever reasons. It would, therefore make all the sense in the world for the team of doctors going across from  India to Pakistan and vice versa, to collect DNA of all the detainees and match them with their kith and kin in the home country.

3. This seems like the perfect moment to request both governments to return the remains of all the detainees who may have died in prisons across the border to the concerned families to enable them to obtain closure, perform their loved ones’ last rites  with dignity, and pursue pensionary benefits and property issues.

These magnanimous gestures will contribute to peaceful relations and goodwill between both countries.

Shared here are lists of the POWs believed to be held on either side, including the ‘Forgotten 54’ of India and the Pakistani POWs in India.

Pakistani POWs believed to be held in India

Note: No Pakistani source has sent me any list of alleged Pakistani POWs in India, despite repeated requests. This is an unverified list, lacking personal numbers, units, dates, circumstances and places of capture.

Indian POWs believed to be held in Pakistan Army

Since retiring from the Indian Army Col. N.N. Bhatia, a prolific writer and social worker, has been working for humanitarian causes like repatriation of POWs from both India and Pakistan. Email: [email protected],