From ‘dushman’ to ‘dost’: schoolkids bond at a cross-border video conference 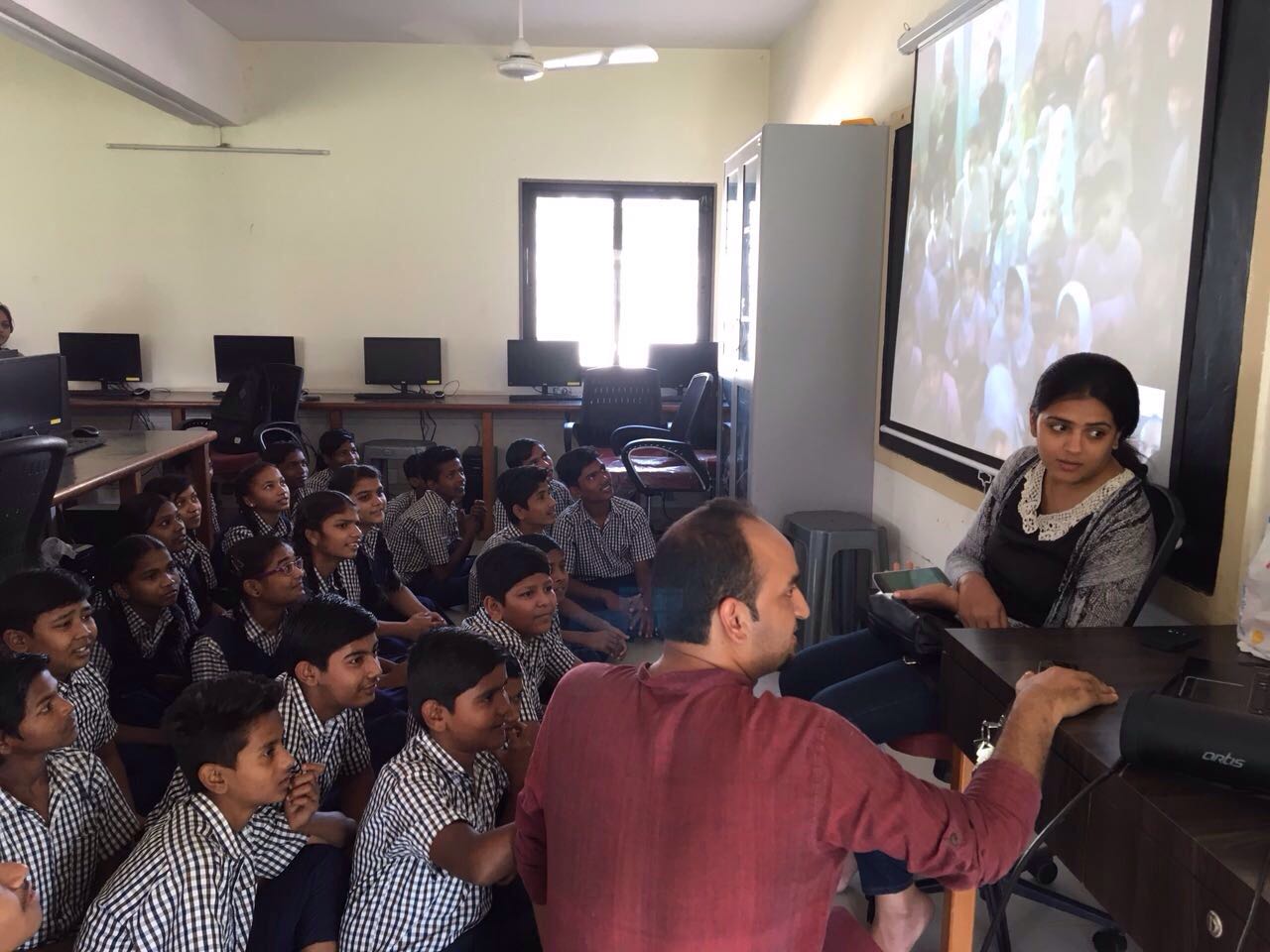 Pakistani and Indian schoolchildren across the border interacted through the Indo-Pak youth group Aaghaz-e-Dosti’s 7th Indo-Pak Classroom Connect on Feb. 18, 2017. The event featured a video-conference in collaboration with two non-profit organisations striving for quality education for underprivileged students – Pathshala in Surat, Gujarat, and Street to School, Karachi.

Involving students of Navnirman Vidyalaya in Surat and Street to School, Karachi, the session was coordinated by Devika Mittal and Madhulika Narasimhan of Aaghaz-e-Dosti India. Adnan Kudiya of Street to School and Sagar Papneja from Pathshala moderated the students on their respective sides.

In an interesting coincidence, Papneja’s family comes from Lyallpur (now Faisalabad) in Pakistan while Kudiya’s family is from Gujarat, India.

On the Indian side, the session began by understanding what students thought about the neighbouring country. “We were horrified when all of them used the word – Dushman (enemy),” reports Sagar Papneja. When asked, the students said the source of this perception was TV and movies.

The moderator then asked students about the questions they would ask if they could talk to their counterparts across the border. They made a list which included school life, culture, songs, and cricket, among other questions.

The schools connected through video conferencing, starting with the children singing their national anthems. Asked who would go first, the Indian children replied that Pakistan should start since its Independence day, 14th August comes before India’s, 15h August.

The enthusiastic discussions incorporated the children’s school experiences — the subjects studied, the amount of homework, punishments – and bunking – besides the mutual craze for cricket and favourite players, as well as food, music and movies. From Rahat Fateh Ali Khan to Akshay Kumar, the students were amazed to explore how similar they are. Both the sides sang songs popular on both sides like “Ye dosti hum nahi chhodenge”.

The teachers also got to interact with each other and realized that both sides teach kids about Malala. The session ended with a promise to meet someday, share peace and work towards the betterment of our relations and society. One of the children, on behalf of India, expressed the togetherness of nations at times of grief as there had been bomb blasts in Sindh a day earlier.

The discussion also explored the language connect – children on both sides speak Hindi/Urdu, but the Gujrati language is also a common factor. The moderators conversed in Gujarati with each other and Adnan’s thank in Gujarati “Tamari Bohot Merhebani Che” made the Indian students beam with joy.

At the end of the session, the students said that they never knew both the sides are so similar with commonalities in the food we eat, the way we celebrate, the subjects we study, the actors we love, the songs we sing, said Papneja. The students also asked to have more such sessions in future.

When asked what they think about the other side now, the answer was – dost (friend).

Pakistan, India must follow No Arrest policy for fishermen Looking back at Partition and beyond in Boston

One thought on “From ‘dushman’ to ‘dost’: schoolkids bond at a cross-border video conference”