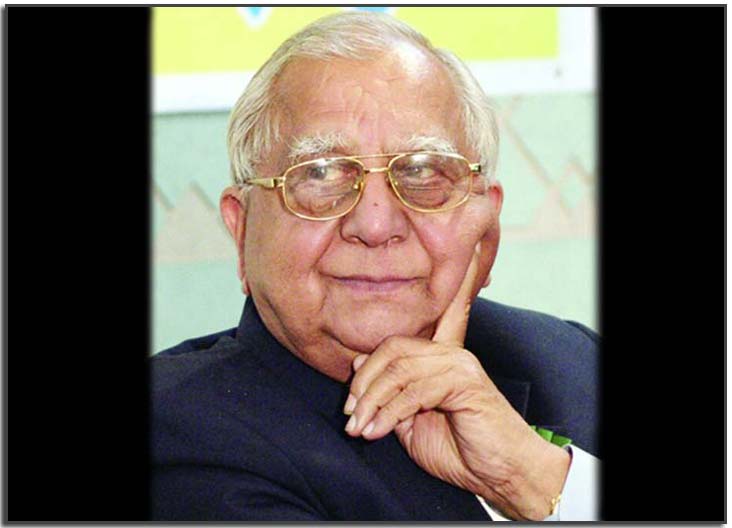 Indians and Pakistanis alike mourn the death of the great journalist and upholder of peace between India and Pakistan, Ved Bhasin, 86, who passed away at his residence on Thursday late night after a short illness in Jammu.

The ‘grand old man of English journalism in Jammu and Kashmir’ was born on 1st May 1929, in Srinagar. He did his schooling in Jammu and post graduation from the Punjab University, Lahore, before 1947.

He was a founder-member of the Pakistan-India Peoples’ Forum for Peace and Democracy (PIPFPD), the largest people-to-people group in the region, and also served as President of the group’s India chapter. His core philosophy was based on human rights, as a statement from the PIPFPD notes. “His thinking helped PIPFPD in developing a humane policy on Kashmir”.

The first PIPFPD Declaration of 1994 stated that the “politics of confrontation between India and Pakistan has failed to achieve benefits of any kind for the people” of the two countries, and that the respective governments should honour the wishes of their people who “increasingly want genuine peace and friendship.”

The PIPFPD formulation about Kashmir is now part of public discourse: that Kashmir should not be viewed merely as a territorial dispute between India and Pakistan but as a matter of the lives and aspirations of the Kashmiri people, who must be involved in any discussion about their future.

“PIPFPD owes to Ved Bhasin the insight on the politics of Kashmir dispute. His wide grasp of historical factors and the politics of the sub-continent made him an expert on Kashmir. He was respected globally. His voice against communalism and his plea for democratic governance became a national voice which could not be disregarded. He had great personal relations with Jawaharlal Nehru, Jayaprakash Narayan and Kashmiri leaders. He expressed his opinions without any fear or favour,” notes PIPFPD.

“A fearless writer, known for the excellence in writings on Kashmir, India and Pakistan. An institution in himself, Ved Saab was a journalist, a politician and a historian who kept peace as his goal. The stalwart of peace guided PIPFPD through many crisis between India and Pakistan. We will miss his able leadership in peace dialogues.”

All peace loving people join PIPFPD in conveying our condolences to his family, colleagues and friends. Ved Bhasin’s daughter Anuradha Bhasin Jamwal is also a volunteer with Aman ki Asha, besides being co-chair of PIPFPD, and Executive Editor of Kashmir Times.