Point of view: The India-Pakistan treadmill 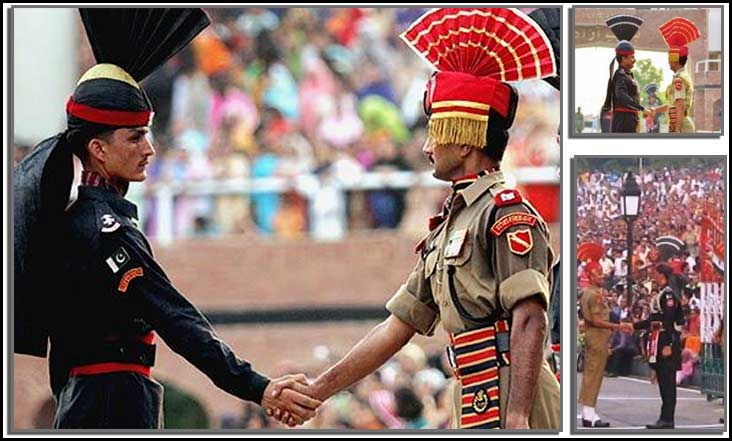 Perhaps it is best for the two sides to agree to continue on the treadmill while acknowledging that they are not going anywhere.

Consistent engagement with lowered expectations may be a better alternative to the drama of on-again, off-again dialogue India-Pakistan relations follow a familiar pattern
By Husain Haqqani

Leaders of the two countries meet, usually on the sidelines of an international summit, and announce resumption of talks at the level of officials. Within a few days, they trade allegations of ceasefire violations. Every now and then there is a terrorist attack in India that is traced to a Pakistan-based jihadi group. Pakistan accuses India of supporting terrorists operating on its soil. A war of words ensues, talks get derailed only to be resumed with much fanfare after the next meeting of prime ministers.

The two sides also keep their foreign office wordsmiths busy, crafting statements that reassure the world while appearing to stand their ground in the eyes of their own citizens. Pakistan’s elected civilian leaders often have to respond to charges by opposition politicians and the media that they have “sold out” by failing to sufficiently emphasize Kashmir in whatever joint statement the wordsmiths crafted after the last high-level meeting.

Ironically , the Pakistani opposition that blames the government of the day for “selling out,” agreed to similar joint statements when it was in power and is likely to do the same if it ever returns to office. In case someone reminds us that the Pakistani military is to blame for hawkish positions, they need to be reminded themselves that dovish dialogue persisted even during the military-led regimes of Generals Zia-ul Haq and Pervez Musharraf.

Why does the dialogue between the two neighbours that share so much appear more like exercising on a verbal treadmill? Because the fundamentals of the relationship are frozen but as nuclear powers they cannot afford not to engage with one another.

Pakistani public opinion has been shaped in a way that makes it impossible for its leaders to move forward on normalizing trade and travel without `resolving’ the Kashmir issue. India, the larger power, has been more or less con sistent in its position on Kashmir since the 1950s and feels no compulsion to change that stance, except perhaps a few face-saving concessions.

Wars and terrorism have failed to compel a change in India’s standpoint on Kashmir. Each war has added a new layer to bilateral talks as prisoners of war and territory need to be exchanged and the status quo ante must be restored. Instead of being a tie-breaker or compelling agent, terrorism has become a fundamental issue itself.

Without much interaction at the people-to-people level, India and Pakistan are simply too distant from one another to be able to overcome the psychological factors that impede normal relations. The first generation of post-Independence Indians looked upon Pakistan as the country that never should have been. The current generation sadly sees Pakistan as the country of Hafiz Saeed, Zakiur Rehman Lakhvi and the terrorists that attacked Mumbai.

On the other side, Pakistanis continue to be told that India is an existential threat and a permanent enemy.Speaking at a seminar in Delhi or being photographed with an Indian actor is offered as evidence of treason for Pakistani public figures who might want to transcend hatred and animosity .

In such an environment, pigeons coming from Pakistan into Indian Punjab get ‘detained’ by police as potential Pakistani spies and what seems to be a Chinese-made plaything drone becomes the subject of protest by the Pakistan government.

The two neighbours have been intermittently engaged in a `Comprehensive Dialogue’ since May 1997, which was renamed `Composite Dialogue’ by the Pakistani side because Islamabad must always edit what Delhi conjures. This dialogue addresses eight issues: (1) Peace and Security, including confidence-building measures (CBMs); (2) Jammu and Kashmir; (3) Siachen Glacier; (4) Wullar BarrageTulbul Navigation project; (5) Sir Creek; (6) Economic and Commercial Cooperation; (7) Terrorism and Drug trafficking; and (8) Promotion of friendly exchanges in various fields.

For engagement between bureaucrats, and as reassurance to Americans who always worry about nuclear war on the subcontinent, this is definitely a logical list of discussion topics. But it does not address the psychological undercurrents that stop Pakistan and India from embracing the Canada-US model in their relations.

Perhaps it is best for the two sides to agree to continue on the treadmill while acknowledging that they are not going anywhere. Consistent engagement with lowered expectations might be a better alternative to the drama of on again, off-again dialogue.

Sporadic formal talks between diplomats does little to reassure Pakistanis that India’s acceptance of a united Pakistan is final and irreversible. It also fails to set Indian minds at rest that Pakistan would not, in the future, try to initiate war or encourage terrorism in its desire for parity with India or the pursuit for change in Kashmir.

The writer is director (South & Central Asia) at Hudson Institute and former
Pakistan ambassador to the US.

Breaking the Indo-Pak jinx: Why are we not moving on? Fishermen's release hailed; India and Pakistan must find a lasting solution

2 thoughts on “Point of view: The India-Pakistan treadmill”