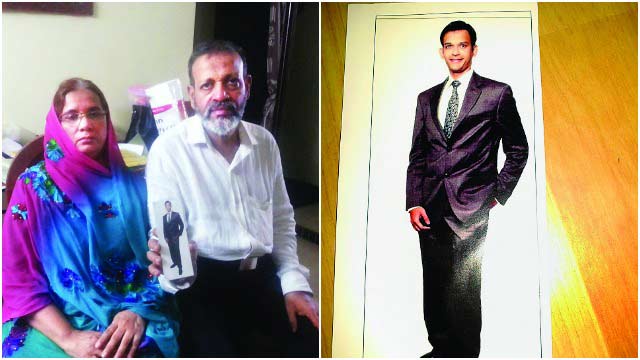 The Pakistan India People’s Forum for Peace & Democracy through a press note of 11 December 2018, has appealed to the Pakistani authorities and Prime Minister Imran Khan, to release Mohammad Hamid Ansari, on 16 December 2018, the day he completes his three-year jail term.

The note, issued by the PIPFPD India chapter a day after the world commemorated the Universal Declaration of Human Rights, urges Pakistan to adhere to the release date of 16​ December 2018, and for both countries to take immediate measures to ensure that he is reunited with his family at the earliest.

“We believe that Hamid Ansari’s immediate release will send a positive message as it will come in the background of the opening up of the Kartarpur Corridor. PIPFPD and many other campaigners for Hamid’s release have consistently maintained that while Hamid Ansari violated the Passport Act, etc., he is innocent of the kind of charges that were made against him.”

Ansari entered Pakistan illegally in November 2012 to meet a girl in Kohat with whom he had connected over social media. He disappeared soon afterwards, and was finally produced in court in January 2015.

“Hamid and his family have paid a heavy price for his rather naïve act,” says PIPFPD. “They should not be made to suffer more”.

Hamid’s family has been in turmoil since then. His mother retired as a professor. His father, a former banker and now practices as a lawyer, while his elder brother is a dental surgeon.

The Peshawar High Court on 7 August 2018 directed Pakistani authorities to repatriate Hamid immediately after completion of his sentence, if he is not required for any other case.

“We request authorities to hand over Hamid to Indian High Commission officials on the day of completion of his sentence. We request that he should be released and repatriated the same day or next day via Wagah border.

“We laud Pakistan Prime Minister, Mr Imran Khan for his valuable gestures so far made towards making peace with India and in the region.

“We appeal to him to make sure that in Hamid’s case too, a humanitarian and relief approach is followed.”